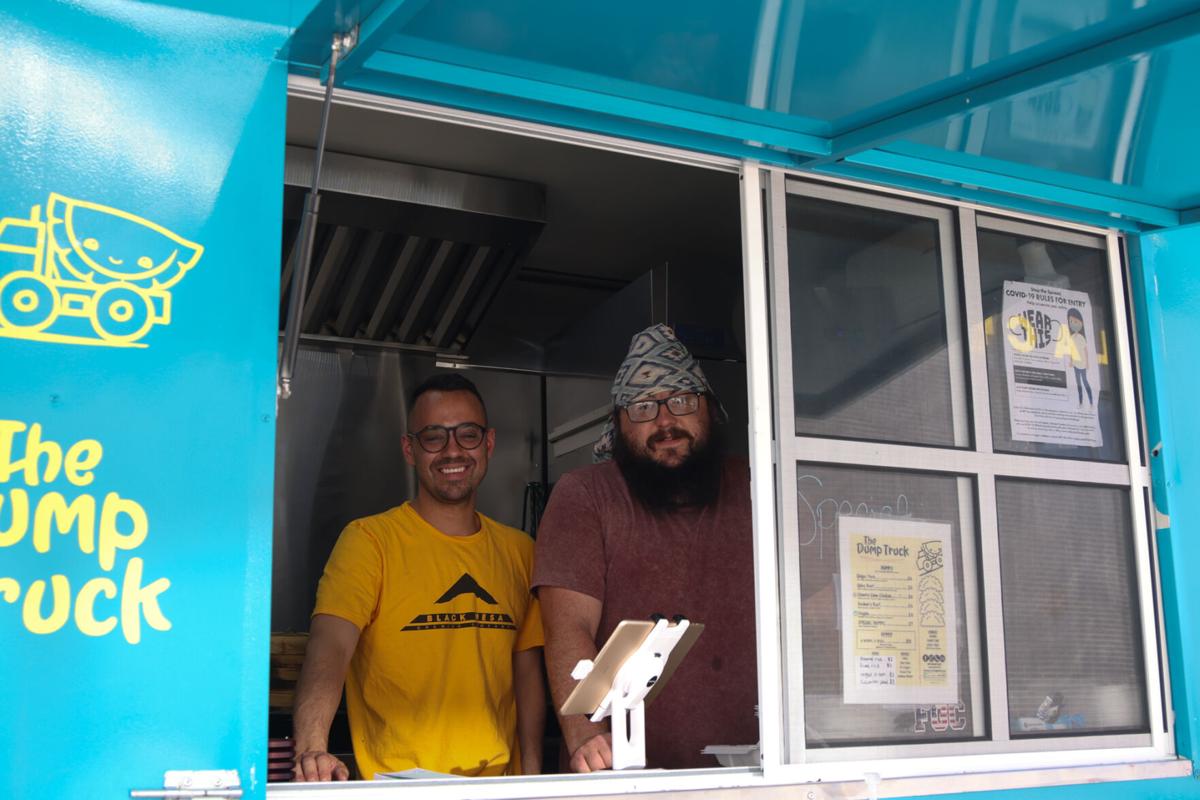 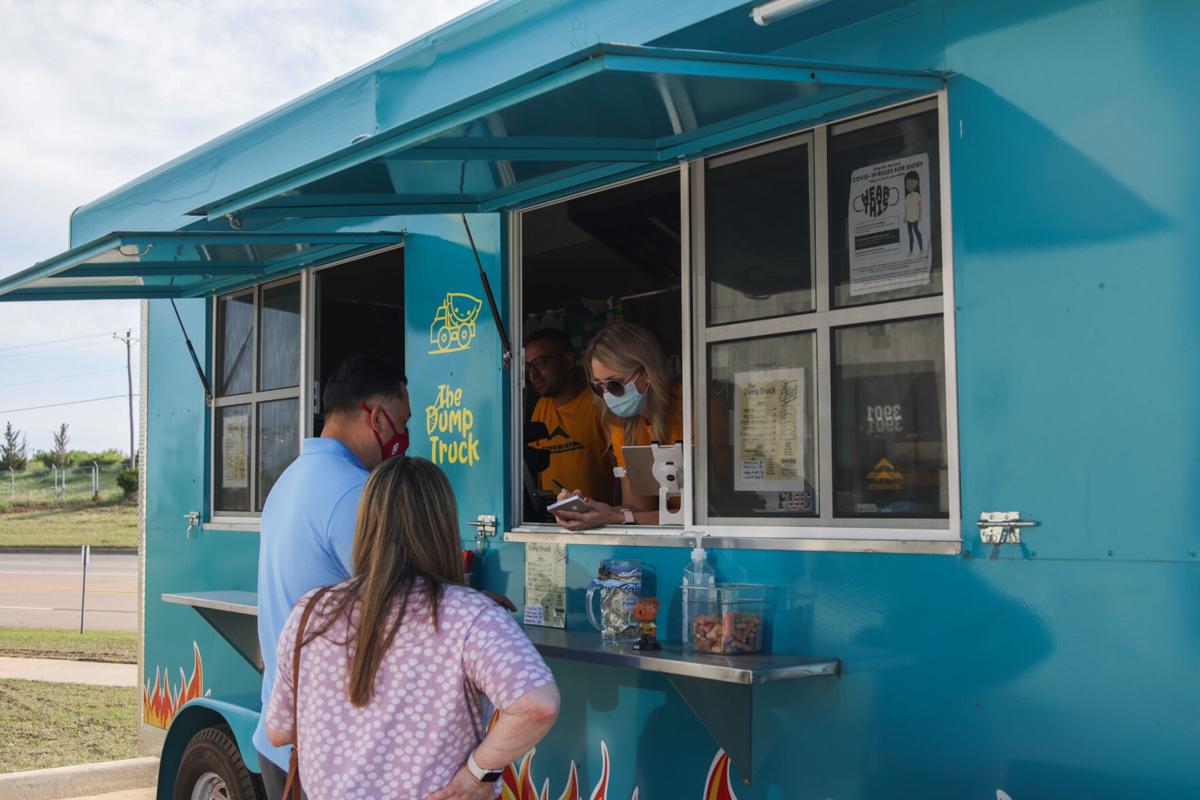 The Dump Truck at Black Mesa Brewery on April 30.

The sounds of the chefs clanking utensils together over the chatter of excited customers. The smells of meat being cooked to perfection, slowly drifting over to the customers on a sunny evening while they excitedly anticipate the first bite of a brand new experience.

The Dump Truck takes the classic food truck formula and uses it to serve dumplings and other Asian cuisine to create their own unique flavor and style.

The Dump Truck, which opened last September, is the passion project of David Sitzman and Brett Greenwood. The truck aims to create an experience that nobody else is making, according to Sitzman.

Sitzman, a 2014 OU graduate, co-owns and operates the food truck along with Greenwood. Sitzman said the idea for the dumpling truck came from their previous work experience in the food industry.

“We wanted to eventually get back into the food industry, but we didn’t want to have a boss,” Sitzman said. “I had been making dumplings for so long, and Brett has his grandma’s recipes. It’s something we met in the middle of — nobody had been doing it, and who doesn’t like a dumpling?”

The Dump Truck prides themselves on delivering the best product possible, making the dumplings completely from scratch.

“Everything we do is from scratch,” Sitzman said. “We make the dough, we wrap the dumplings by hand, our filling is done by hand, our recipes are our own. All of our sides, all of our sauces, everything is our own. We don’t buy anything that is premade, and a lot of people don’t know that.”

The Dump Truck parks at breweries across the Norman and Oklahoma City area on the weekends. Charn Langford, owner of OKC brewery Broke Brewing Company, said he sees hosting the truck as a mutually beneficial business.

Langford said he appreciates the uniqueness The Dump Truck brings with their food and atmosphere.

“It’s definitely something you wouldn’t see come out of a truck a lot,” Langford said. “We’re a craft brewery, and we think the pairing of their food and our drinks will work well. It’s always nice to get somebody out that’s unique, and having a draw like that will bring customers both for them and for us.”

Some of the trucks most popular dishes are the pork dumpling, the beef dumpling, and the fried rice. Sitzman said the truck’s menu is always rotating, and they are always looking into new items.

“Our menu is not fixed, and we have the luxury of switching it out whenever we want,” Sitzman said. “We plan on having new sides pretty soon, and we have specialty dumplings we do, so we can constantly change out our menu.”

Sitzman said The Dump Truck has recently started serving a gluten free dumpling in order to have something on the menu for everybody.

While the truck currently only operates on the weekends, Sitzman hopes that it will become a full-time business in the future

“(Operating full time) is absolutely the goal for our truck, and then hopefully down the road, fingers crossed, brick and mortar,” Sitzman said. “Hopefully two years until the truck goes full time.”

Ryan Steer, a customer of The Dump Truck, said he enjoys the great value quality of food and the satisfying and easy experience that the truck provides.

“The pork was delicious, but the spicy beef really hit the spot, and the cucumber salad was really delicious,” Steer said. “I spent ten years in New York, and this truck really reminded me of an experience I would have there.”

Sitzman said he loves the aspect of human interaction in the food truck and loves combining it with his passion.

The Dump Truck has a calendar for all their upcoming events on their Facebook page, as well as their Instagram. In May, they will be at Lively Beer Works and Black Mesa Brewing.

Langford said he admires the passion and work that The Dump Truck is bringing to the industry with their creations.

“You can already see, coming out of the screen, how passionate they are about the work they are doing,” Langford said.