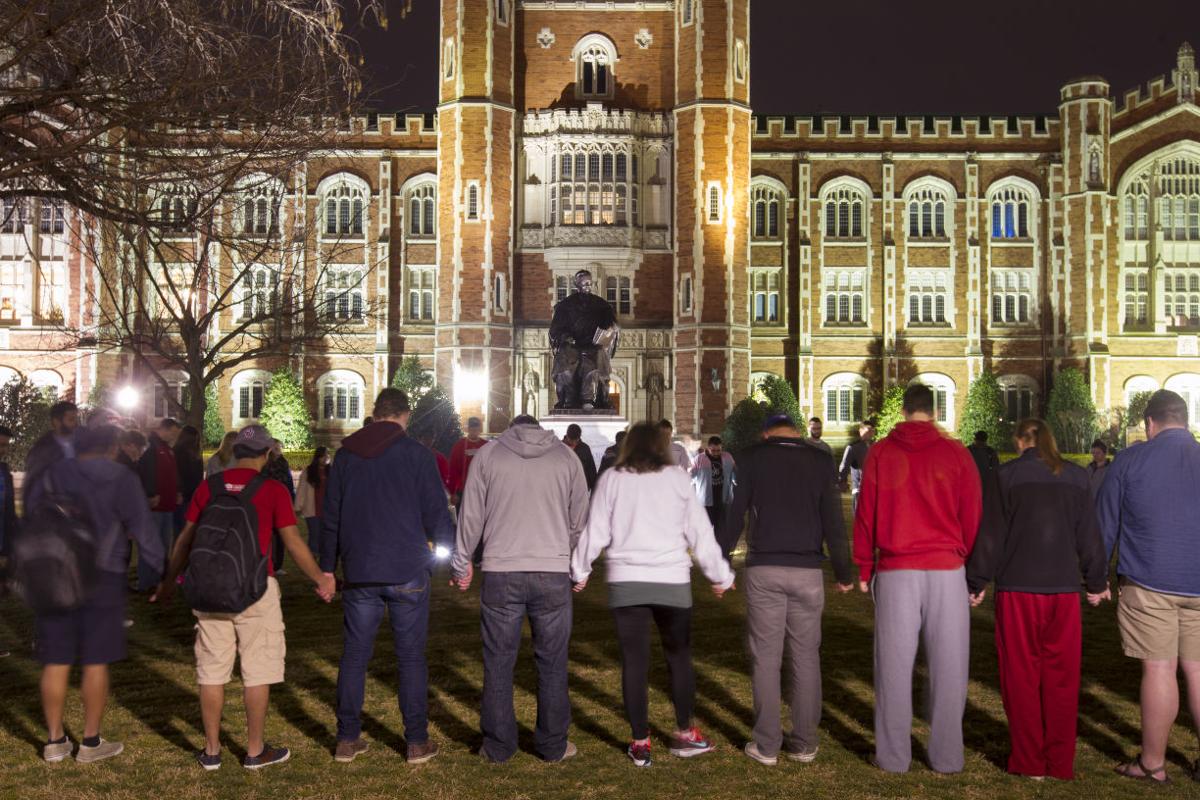 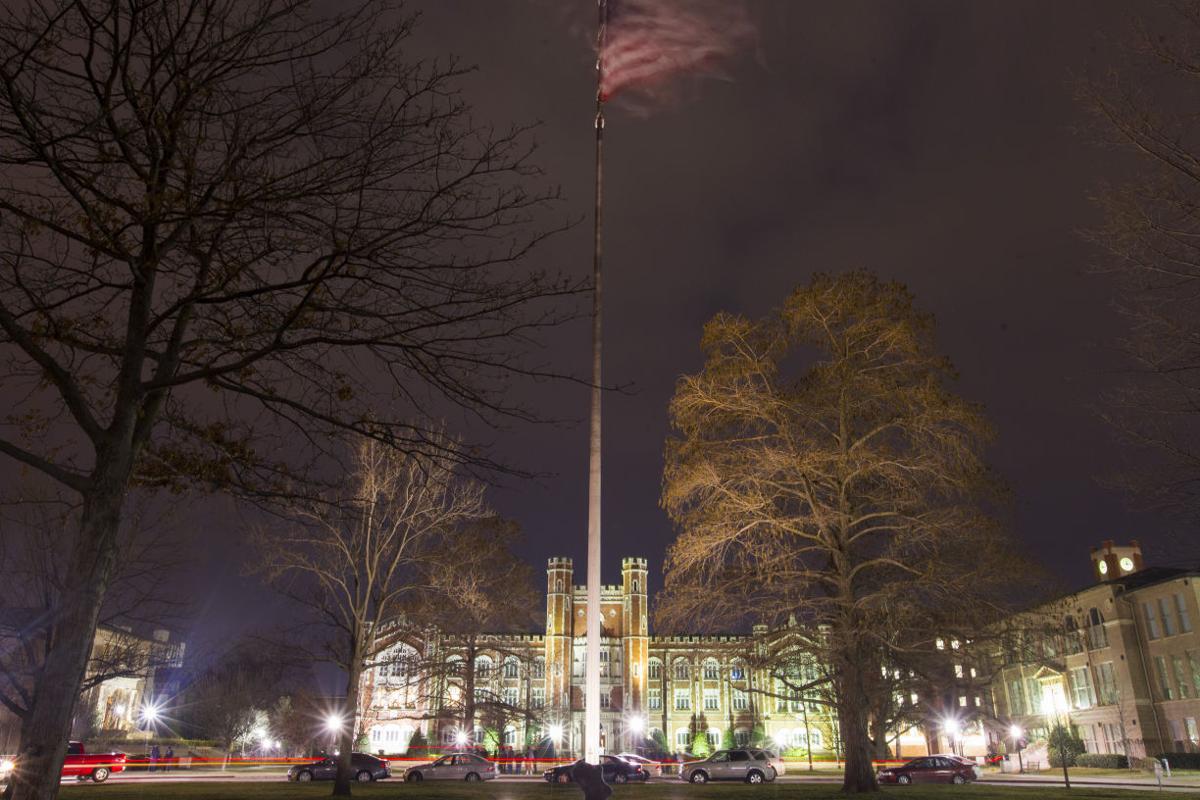 Students and faculty gathered in the North Oval by the George Lynn Cross statue in response and watched a video of Sigma Alpha Epsilon members participating in a racist chant on a bus.

Attendees gathered in small circles and prayed, then they all joined together into one big circle for a large prayer. People prayed about the people affected by the video and asked for forgiveness for the ones involved in the incident.

“Don’t let the actions of a few people be indicative of an entire Sooner family,” one speaker in the prayer circle said.

Dillon Brown and his wife Sheyda Brown, both OU students, were the organizers of the prayer circle. Dillon Brown said that they both felt a need to gather God’s love in response to the events that transpired today.

“We were both just really broken,” Dillon Brown said. “Even though we aren’t black, hate hurts all.”

Sheyda Brown said she and her husband wanted to create a safe environment for people to express themselves about the video that was leaked on the Internet today.

“I had faith that God would do big things, and he did,” Sheyda Brown said. “People came and it was really inspiring to see… a bunch of people who didn’t know each other… get together and come together.”

After the group prayer circle, Dillon Brown instructed those at the event to pair up with another participant and “cover the campus in prayer.”

One person with the group of students that included the athletes, who arrived later to the event, got the audience’s attention and told it to meet in the “academic center” dressed in “business casual” if they want to “help this cause.” Cousins said they were joining student advocacy group OU Unheard in its cause.

Unheard will demonstrate at 7:30 a.m. at the entrance of the North Oval tomorrow morning. OU’s Sigma Alpha Epsilon chapter was disbanded by its national organization Sunday night as a result of the video leak.

the elite have dumb america down to the point of no return... I'm sure sigma alpha member posted this thinking it was cool but instead destroyed itself... just like obama the way he is dividing our country, dems vs republicans, white vs black, right vs left, good vs wicked, illegals vs citizens, allowing illegals to enter our borders and claim economic growth is moronic... he will be the last american prez... Our collapse is coming by END september... so prepare now while time permits this is one massive test for a country that has turned its back on him... whenever this happens in the Bible he allows the enemy to come in take control.. In comes Obama our little wanna be ruler. There is only one truth, out of all religions...Only one came and died for our SINS..only one lived pure free of SIN.. as a lamb he lived filled with Love and Grace yet he WAS and IS hated till this day... math 24:9 they will deliver you up to tribulation put you to death, you will be hated by all nations.. HE IS THE REAL DEAL.. His name is Jesus..

Only through the Holy Spirit can OU and America itself be healed from racial divisions. Our Lord is not racist, and the Bible says in Acts 17:26 that God "... hath made of one blood all nations of men for to dwell on all the face of the earth..." This public act of penance before God is exactly what was needed. I am both moved and heartened to see something like this anywhere in America in 2015. We are all sinners, and our only hope is to place faith in God's only Son, Jesus Christ, who gave His life on the cross as full payment for our sins, was buried three days and then resurrected. May God have mercy on OU and on our sinful nation.