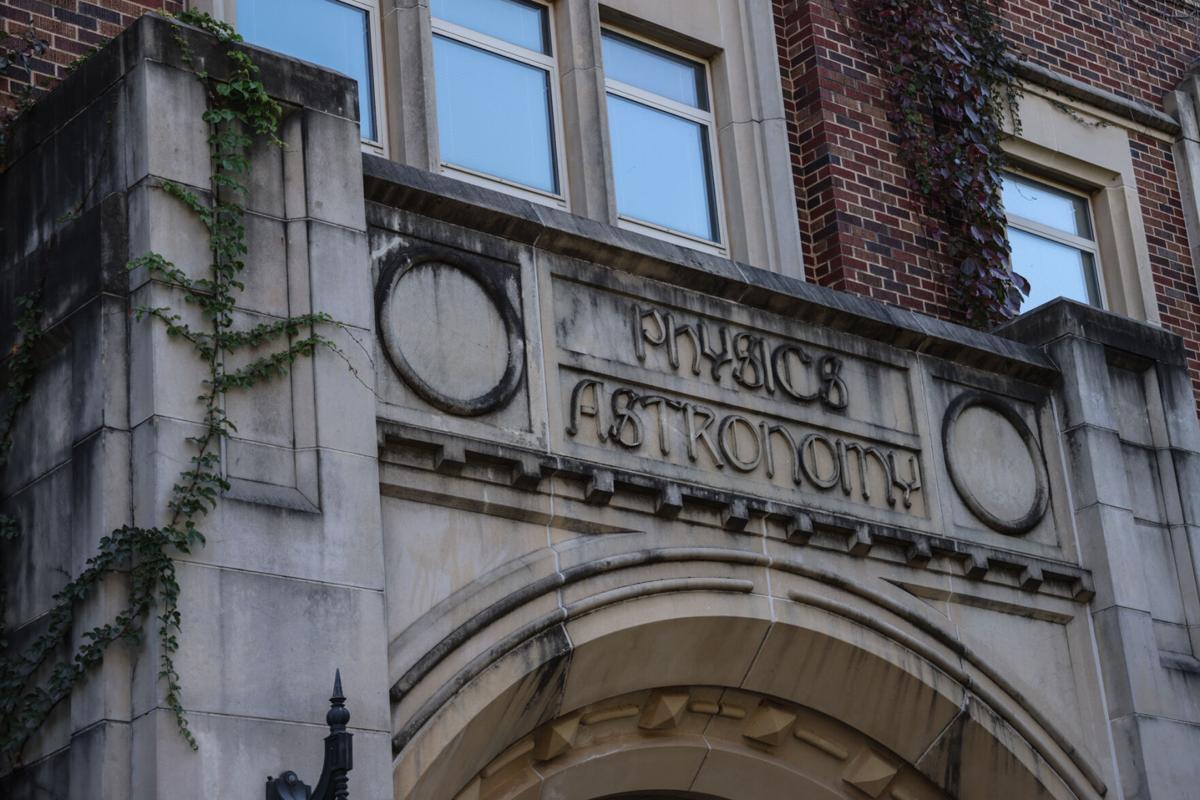 The exterior of Nielsen Hall on Oct. 8. 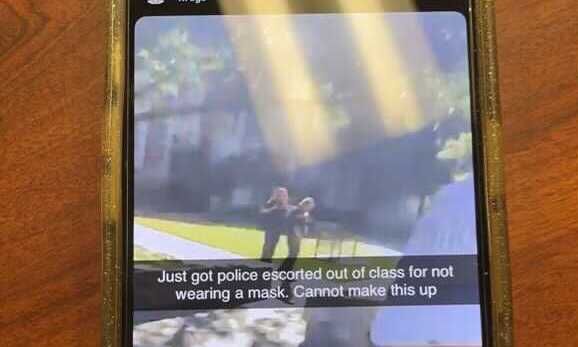 A snapchat posted by the student outside Nielsen Hall following the incident.

The OU Police Department responded to a disturbance in Nielsen Hall Sept. 22 involving a student who refused to comply with OU’s two-week mask mandate.

Mariah Powers, a political science and sociology sophomore, said the student refused to wear a mask during their 9:30 a.m. astronomy class. The course is taught by John Wisniewski, an associate professor in OU’s astronomy department, who implemented a temporary mask mandate following a positive test in the class.

Wisniewski notified OUPD, who arrived on scene and resolved the issue. A Sept. 22 OUPD log reflects the incident, noting that a male subject refused to wear a mask in class and was removed for the “reported disruption.”

A university spokesperson confirmed the incident in an email to The Daily.

“The OU Police Department was notified of a disturbance in Nielsen Hall that involved noncompliance with a two-week classroom mask mandate in effect as a result of a positive COVID-19 case,” the spokesperson wrote. “The matter was resolved without incident.”

The spokesperson wrote that guidance is provided to university faculty, staff and administrators on the most effective way to implement the mandate. The guidelines include announcing that a mandate is ongoing and, if students fail to comply, reminding them of the mandate and making them aware that there will be repercussions. If the student continues to not wear a mask, the professor may cancel class for the safety of the others.

Powers said Wisniewski begins class by reminding students of the mandate, offering masks to students who don’t have one and notifying them of how many days they have left until the mandate is over. She said he gave the student multiple opportunities to put on a mask before resorting to calling campus police.

“(Wisniewski) was really, really, really, nice and gave him more time than I ever would have,” Powers said. “And he told him multiple times, ‘I'm gonna have to do this, you have to leave.’”

“I can't remember exactly what he said, but he basically said he wasn't going to leave,” Powers said. “And then the professor said that he would have to call campus police, and (the student) said, ‘Go ahead.’”

Art sophomore Madison Vanscoy, a student in the class, said Wisniewski was on the phone for “maybe a minute.” After he hung up, she said the students sat and waited for campus police. Two officers arrived on scene.

“(The officers) went up to (the student) and asked him respectfully to please leave and escorted him out,” Vanscoy said. “And, obviously, (he’s) respectful towards them, not getting into a fight with them or anything like that.”

Bree Soliz, a criminology sophomore who sat in the row in front of the student, said the student informed OUPD that he would be going to the dean’s office because the dean had allegedly told him he didn’t have to wear a mask if he sat in the back of the class.

“The officer said, 'I need you to get your stuff and come with me,'” Soliz said. “And (the student) said, ‘Alright but I’m going to the dean’s office after this because she said if I sat in the back I didn’t have to mask.’”

The student later posted a Snapchat image of himself with OUPD following behind.

Wisniewski had emphasized the importance of the masking policy throughout the semester, Powers said, as his children were asthmatic and too young to receive the vaccine. She said his 18-month-old child had tested positive for COVID-19 the week before the mandate was put in place. Wisniewski canceled class and resumed teaching the following Monday.

“I didn't go to class Monday, but apparently the students were asking him how his kid was, and I'm not sure how his kid is doing, but I just felt really bad for him,” Powers said.

Various students shared their grievances with the situation in a group chat during the incident. Many sympathized with Wisniewski.

“(You’ve) just got to put yourself in his shoes little bro, imagine if you had kids and were in the same situation as him,” wrote John Carter, a junior marketing major in the class. “I feel like you’d have a different (point of view) on everything.”

The student responded to some of the complaints in the groupchat.

“Just because you choose to wear a mask doesn’t mean I have to. I got vaccinated,” he said. “I choose not to wear it. Like it or not my body my choice.”

Katie Hallum is a journalism and international area studies double major who joined The Daily's news desk in spring 2021. Katie is a Tahlequah, Oklahoma native and citizen of the Cherokee Nation.

What a disrespectful and selfish idiot! It's just a face covering to help prevent others from getting sick and dying. If I were a student in his class, I would have told him to grow up and wear the mask!

It's not optional to wear goggles in chem lab, why do people suddenly feel other PPE for classes is optional