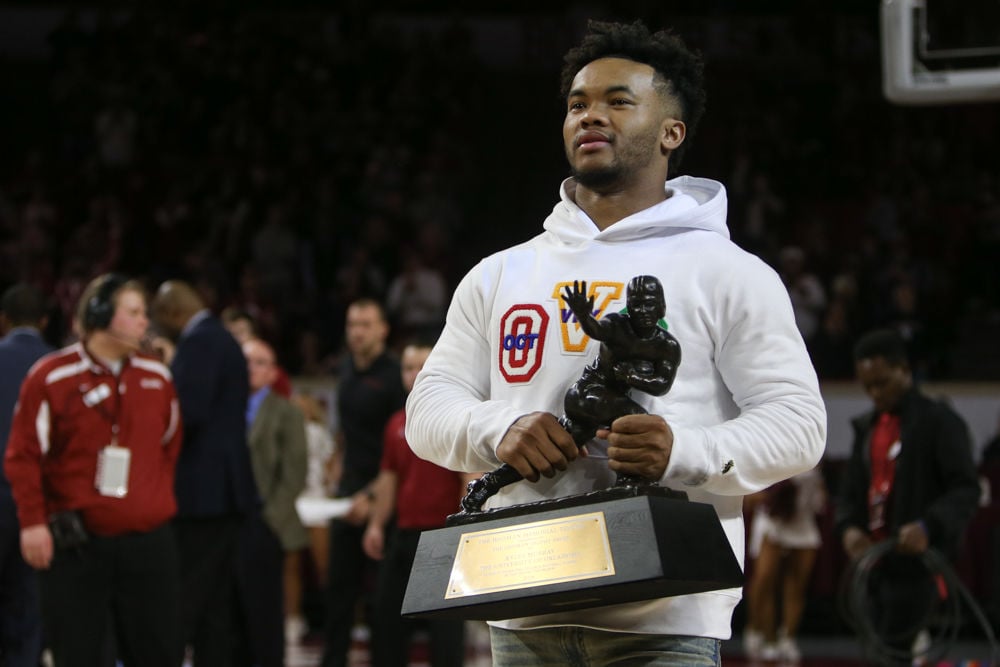 Former OU quarterback Kyler Murray gets recognized for his Heisman Trophy during the OU basketball game against Texas Feb. 23. 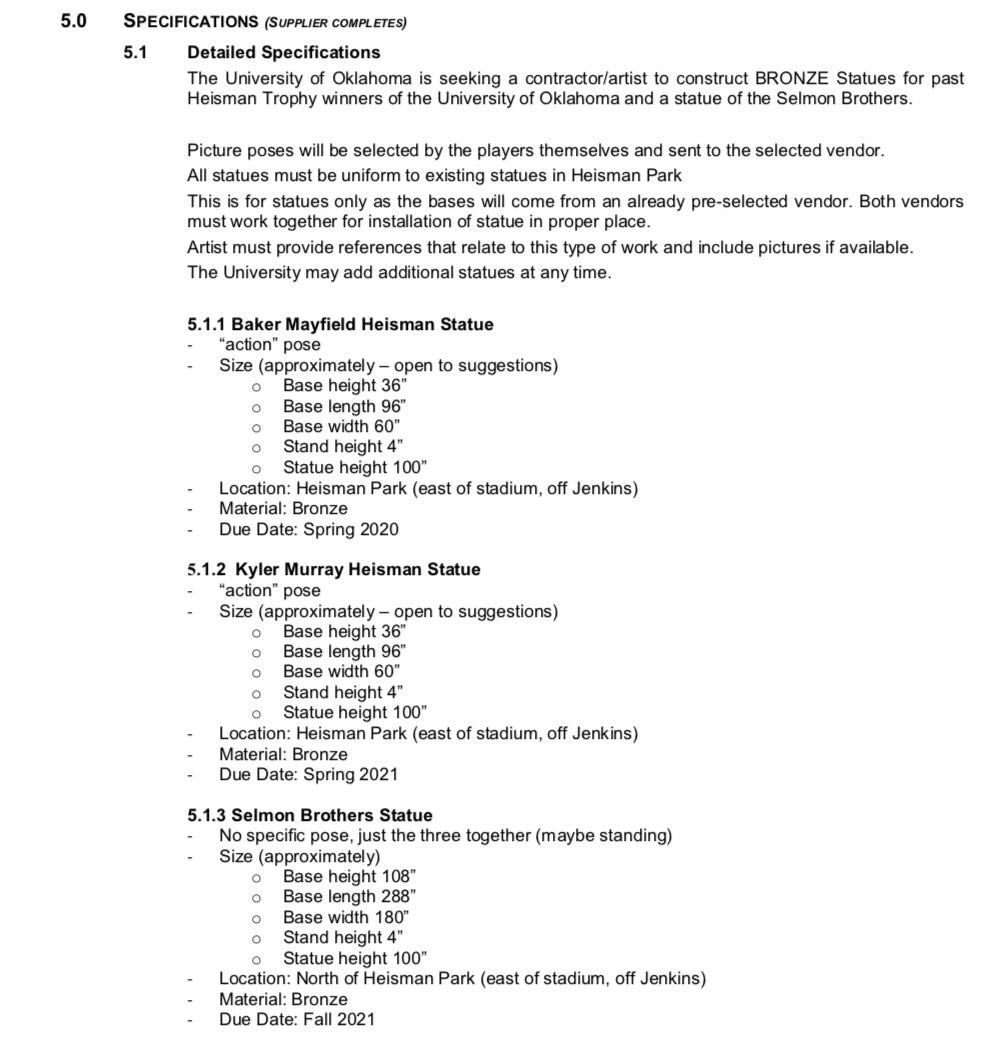 Oklahoma's official bid seeking for a sculptor to build statues for Baker Mayfield, Kyler Murray and the Selmon brothers.

Oklahoma's athletics department is officially seeking bids to make Heisman Trophy statues of former quarterbacks Baker Mayfield and Kyler Murray, as well as a statue to honor the Selmon brothers, Lee Roy, Lucious and Dewey, The Daily has learned from a request for proposal the university posted online this week.

Mayfield's statue is expected to be completed by spring 2020, Murray's by spring 2021 and the Selmon brothers' by fall 2021. The last statue Oklahoma unveiled was former coach Bob Stoops' at the 2018 spring game.

Mayfield was OU's sixth Heisman Trophy winner, taking home the hardware in 2017 after leading the Sooners to a College Football Playoff appearance and throwing 43 touchdowns. Murray followed in Mayfield's footsteps, winning the award in 2018 after also taking Oklahoma to the playoff and totaling for 54 touchdowns. Oklahoma became the first school ever to have quarterbacks win back-to-back Heisman Trophy winners. Their statues will join those of Billy Vessels, Steve Owens, Billy Sims, Jason White and Sam Bradford in Heisman Park.

The Selmon brothers were considered three of the best defensive linemen to ever don the crimson and cream. They helped Oklahoma win the 1974 and 1975 national championships, and all three went on to play in the NFL. Their statue will be the first defensive player-dedicated statue the university has made. It is expected to be north of Heisman Park off Jenkins Street.

“It’s a long time coming," former OU coach Barry Switzer said. "I knew about it for awhile ... It probably should have happened a long time ago. It’s something we should take pride in. It’s something that’s never happened and probably will never happen again — three brothers play alongside each other at one school, one team. One of the greatest honors of my life was coaching those three. God bless Mrs. Selmon."

The poses of the statues will be selected by the players themselves. The bid also states the university may add additional statues at any time.

The Daily has reached out to the athletic department for further comment and has yet to receive a response. Below are details from the full bid OU seeks:

Round vong tay thach anh tim are more royal purple in the world because of it symbolizes the power of the superiors. 3rd eye chakra is said to have links with gesso purple, so purple sandstone bracelet helps improve depth perception around the world. Come to Gemstones An An to choose amethyst bracelet in every size, every stone desired quality.