A former assistant to John Scamehorn, OU professor emeritus accused of sexual harassment, has informed The Daily of the contents of a February 2016 meeting in which Scamehorn was asked to cut ties with the university in order to avoid an investigation.

LaWanda Huff, a local paralegal, worked as Scamehorn’s assistant beginning in early February 2016. Huff told The Daily she attended a meeting that the university’s institutional equity office called to discuss with Scamehorn allegations that had been brought against him by OU school of drama students.

Huff said she’d only been working for Scamehorn about a week and he was “completely panicked” and asked her to come to the meeting, though he continuously said that he had done nothing wrong. Huff said she was in the meeting along with Scamehorn, Bobby Mason, Title IX Coordinator, and Mary Holt, dean of fine arts.

In the meeting, Mason informed Scamehorn that several school of drama students had filed complaints against him, Huff said.

“Bobby sat down, and John’s sitting there and his legs start bouncing up and down, and you could tell he's just sweating bullets,” Huff said.

Huff said that Scamehorn seemed uncomfortable throughout the meeting until Mason said that they would not conduct an investigation if he agreed to remove himself from campus and agreed to cut all contact with OU students.

The Daily has tried to contact Mason twice and left messages both times with his office, but he has not yet responded. Huff said that as someone at the meeting and who had experience with Scamehorn, she felt that the university was trying to avoid bad publicity. Huff said that the agreement felt like he was not being held completely accountable for his actions.

“John jumped all over that (agreement), and he could not sign those papers fast enough or get out the door fast enough with that agreement,” Huff said.

According to a statement released by the university, the university also informed law enforcement and other community organizations of the reports and their concerns. The statement also said that the university is reviewing Scamehorn’s current status of emeritus faculty. As of June 7, Scamehorn no longer has an ou.edu web page.

In the statement, the university says that the stories that have come out in recent days have made the university aware that its reporting and response to the situation may have been incomplete, and the university will “strive to do better.”

“In the past few days, accounts of Dr. Scamehorn’s past university involvement have resurfaced, and additional concerning allegations have also emerged,” the statement says. “While much of the alleged misconduct occurred on the sets of private film productions and outside the university’s purview, we are concerned about and prepared to address your statement that reports to university personnel went unanswered or that you felt compelled to stay silent. That should not happen, and your allegations are being investigated.”

The Daily was informed that an email was sent out June 7 to the College of Fine Arts students, faculty and staff on behalf of Holt, acknowledging the recent reports and assuring those concerned that the safety of students is the Dean’s office’s top priority. 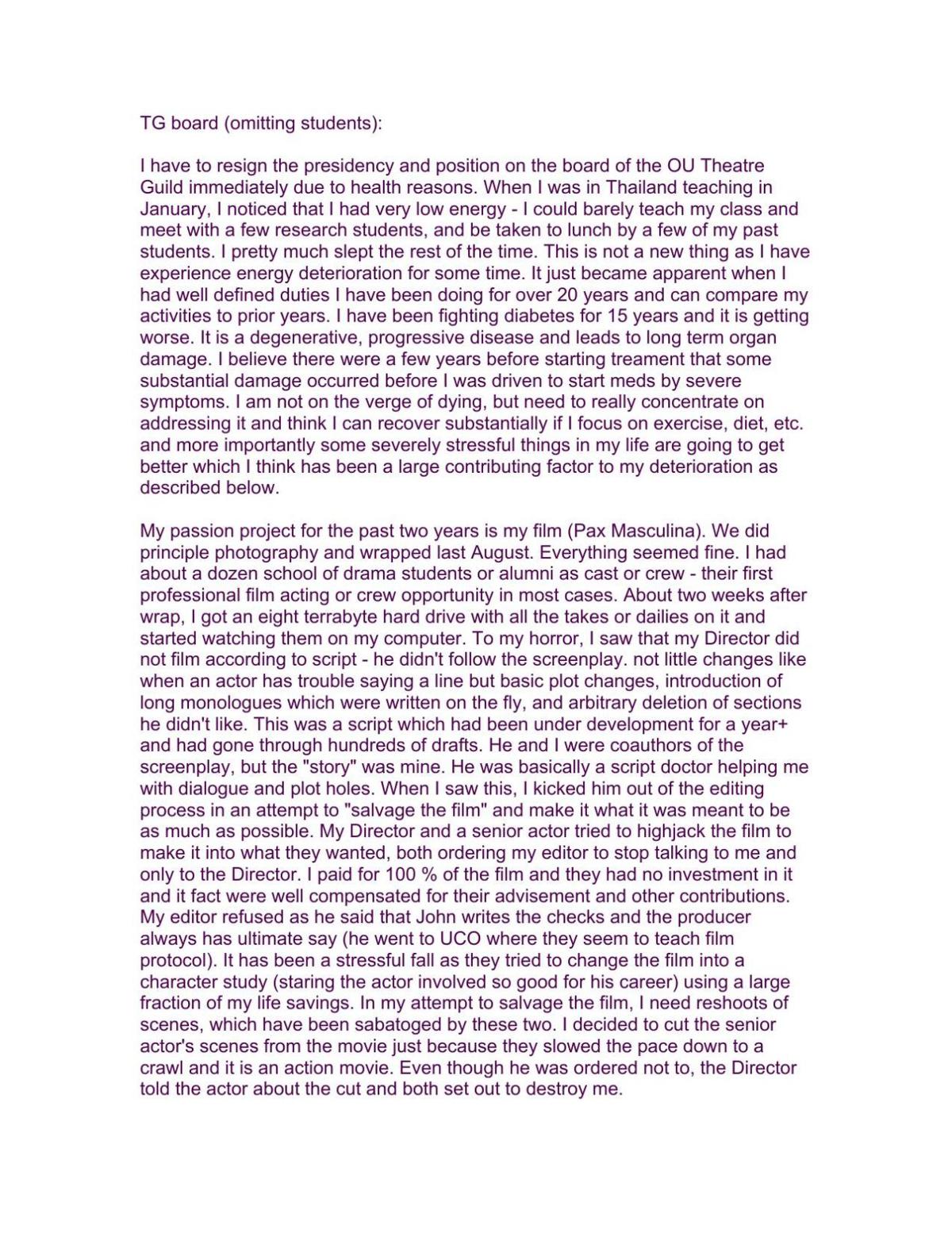 Jana Hayes is a senior reporter on The Daily's news desk. She is a journalism senior and has worked at The Daily since her freshman year, having held several reporter and editor positions on both the news and enterprise desks.

This technical blog is truly admirable. Such blogs are promoting technology in our generations and must be appreciated at its best. So be connected with this assignment masters and keep yourself updated with it.