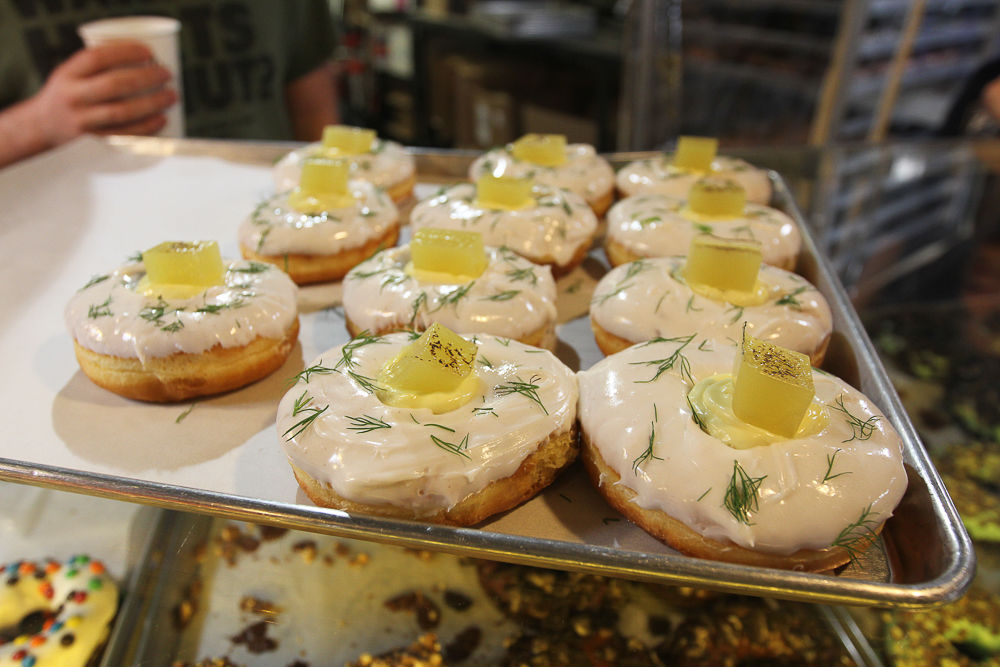 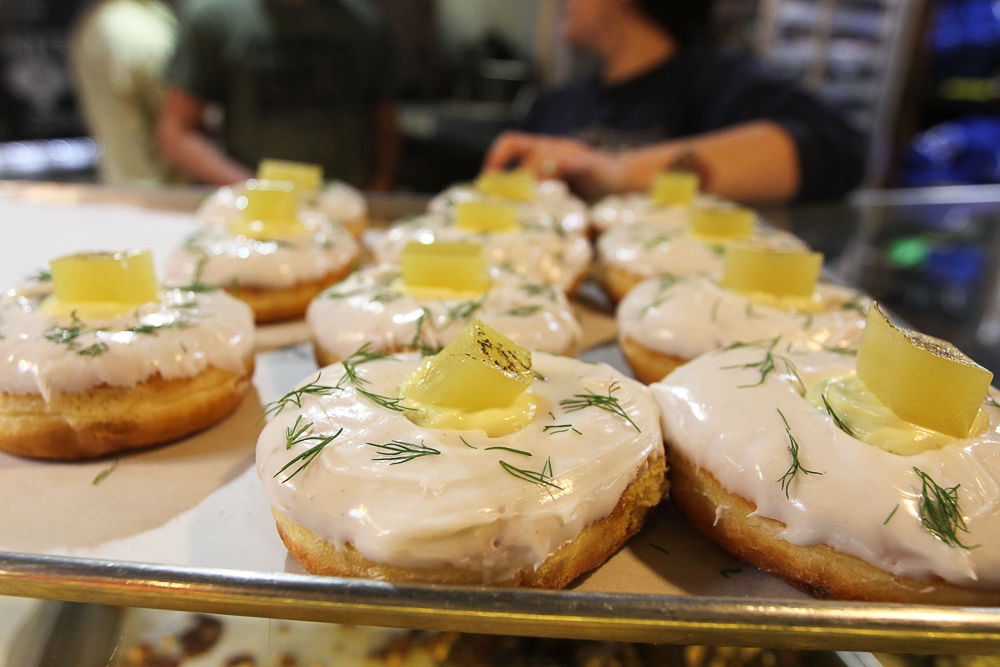 Pucker up for a new flavor at Hurts Donut: dill pickle cream cheese, which features a cube of dill pickle gel on top.

The donut was created in collaboration with Delish for their “WTFood?” video series. Members of Delish traveled from New York to Springfield, Missouri, where Hurts is headquartered, to make the donut.

“It’s just pretty cool that such a big, fancy company flew in from New York City to feature one of our donuts,” said Donald Page, owner and operator of the Norman Hurts location.

The Norman location will only offer the pickle cream cheese donut on March 28, but plans to offer two other types in the future.

Page said there are no current plans to add the donut to the regular menu, but it depends on demand.

A Trump administration proposal that would allow businesses to band together to buy insurance would shift more than 3 million enrollees out of ObamaCare's marketplaces and lead to premium increases. The administration's proposed rule would expand association health plans and music store boston, which allow small businesses or self-employed individuals to band together to buy coverage. As a result, by 2022 premiums for individuals buying health insurance through ObamaCare would increase by 3.5 percent and by 0.5 percent for small businesses that purchase plans through the law's small group market.