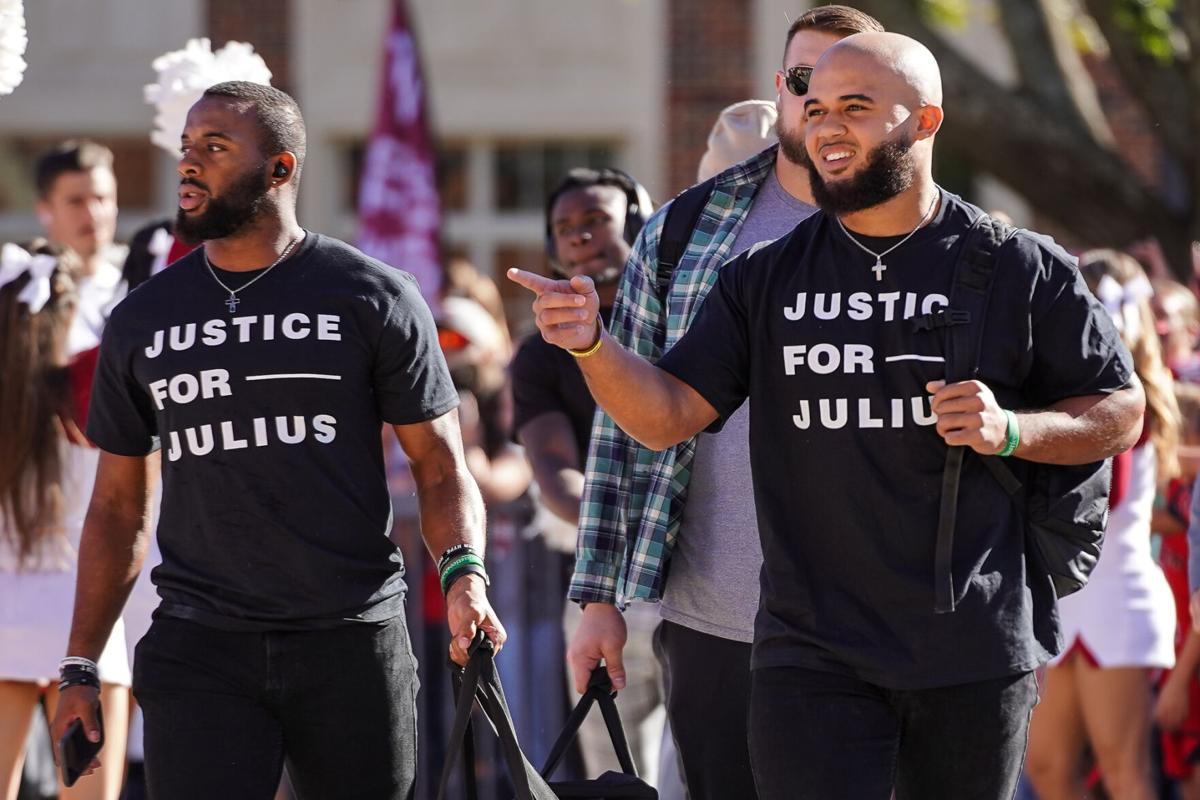 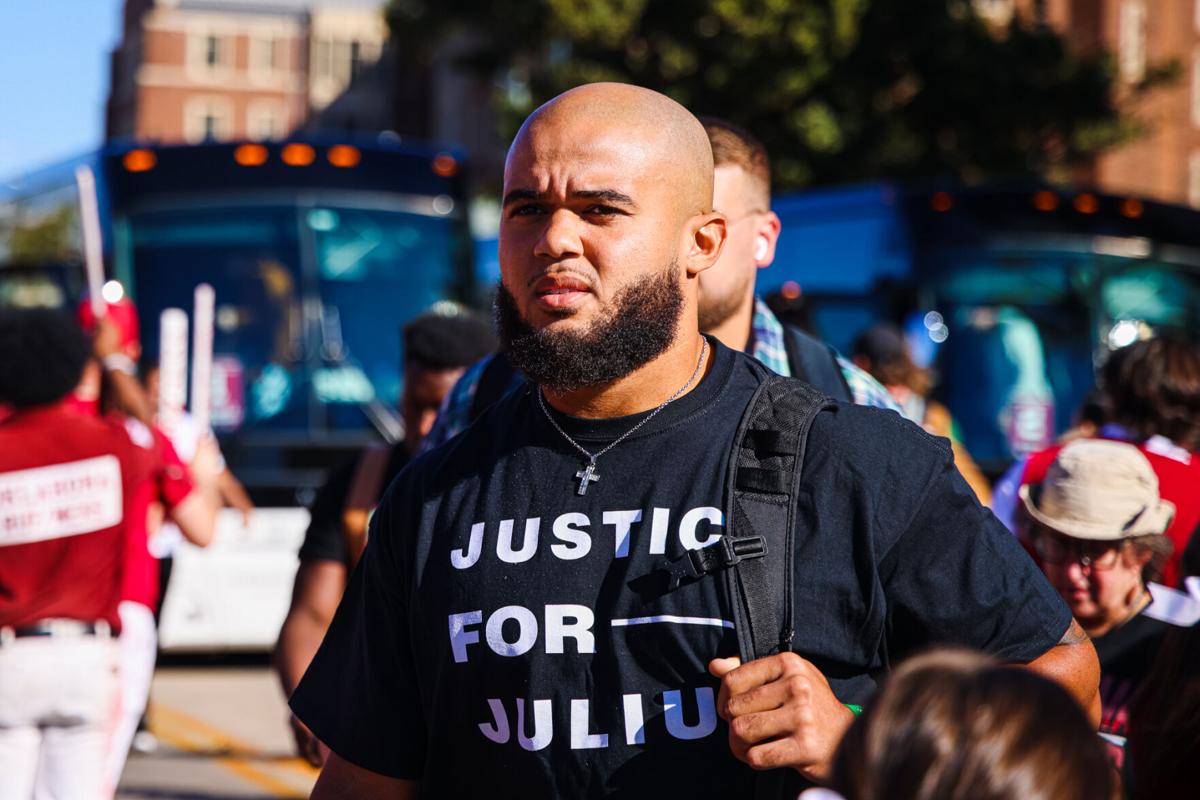 Redshirt senior tight end/H-back Jeremiah Hall during Walk of Champions before the TCU game on Oct. 16.

OU running back Kennedy Brooks and H-back Jeremiah Hall donned "Justice for Julius" shirts during the Sooners' Walk of Champions on Saturday.

The Justice for Julius movement supports Julius Jones, an Oklahoma inmate who's been on death row since 2002 after he was convicted of killing Paul Howell, an Edmond businessman. His execution date is Nov. 18.

Jones was an OU student and planned to walk on to the Sooners' men's basketball team in 1999 before he became a suspect in Howell's death.

Oklahoma's Pardon and Parole Board voted 3-1 to recommend commuting Jones' sentence from the death penalty to life in prison with the possibility of parole in September, but Gov. Kevin Stitt later rejected the board's decision. Jones’ clemency hearing is set for Oct. 26.

Great. Nothing like seeing ignorant college students wearing shirts in support of a murderer. If you read the details of the case, the evidence doesn't just prove it beyond reasonable doubt, it is overwhelmingly beyond reasonable doubt. Murder is murder, Julius is GUILTY, and he has reaped the punishment he has earned. At least the governor understands this, regardless of any political nonsense to try to convince others he isn't responsible for his crime. He's also guilty of many other violent crimes.