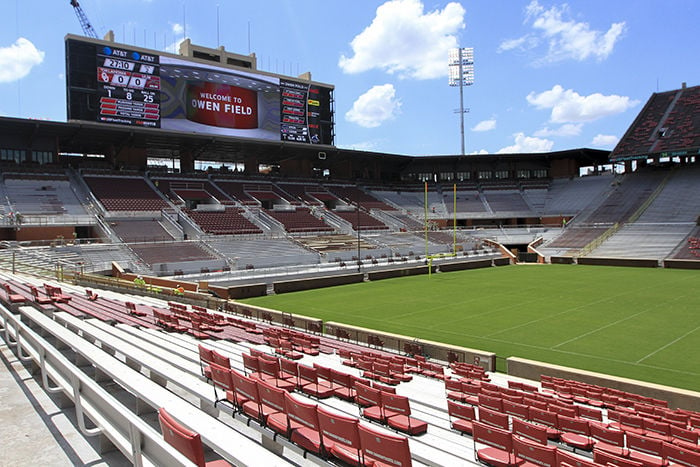 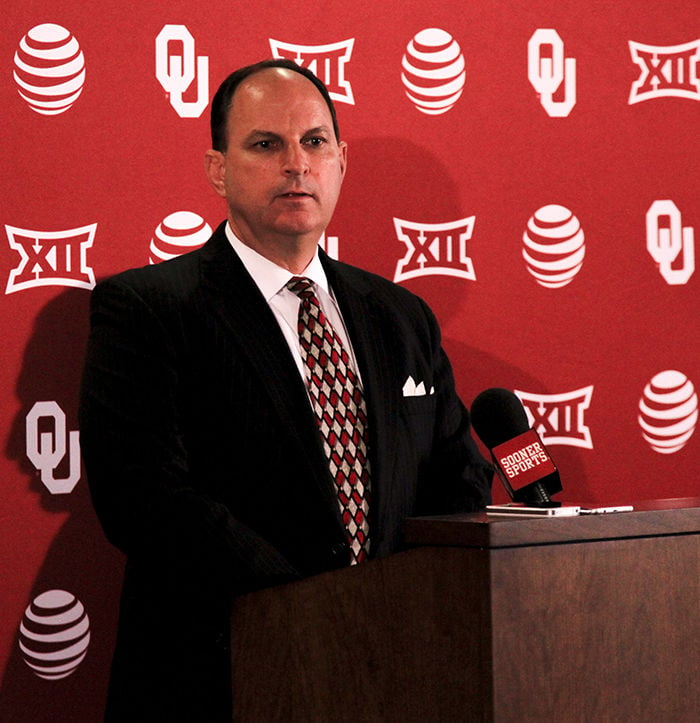 The renovations to the south end zone of Gaylord Family-Oklahoma Memorial Stadium are still under way as the Sooners' Sept. 10 home opener approaches.

OU athletic director Joe Castiglione said the exterior of the stadium that can be seen by people driving down Lindsey Street will not be ready, but all of the fan amenities should be.

And here's the view from the visitor sideline. pic.twitter.com/JDc2PIzQfq

Construction crews broke ground on the renovations shortly after the last home game in 2015. Executive associate athletic director Larry Naifeh said construction crew work hours in the past year are now at about 750,000. By the end of the project, total man hours will exceed 1 million.

"We didn't give the contractor any alternative," Castiglione said. "It had to be ready."

The renovated stadium, which Castiglione said will have a capacity of 83,489, includes a new video board that has been undergoing tests in recent weeks.

The new board made quite an impression on Castiglione, when he saw it light up the Embassy Suites in Norman.

"It was obliterated because there ... looked like a strobe light show of red, white and blue colors," Castiglione said. "At first I didn't know what it was ... that's when I realized this is a whole different viewing experience."

One thing that is not yet done is club seating. Naifeh said furniture for the club seats will be moved in starting next Monday.

"We aren't touting anything until the first game and everything gets going right as we scheduled," Castiglione said.

There are also new fan plazas in the south end zones that are open to all fans. Castiglione said the entire $160 million project should be "fully operational" by next summer.

The other parts of the project includes a new locker room for the team.

Castiglione and Naifeh had frequent meetings with the construction leaders. Naifeh said one of the construction foremen had a quote written on a white board that said, "it's kind of fun to do the impossible."

The first game in the renovated stadium will be against Louisiana-Monroe on Sept. 10, followed by a game against the Ohio State Buckeyes the next week.

Jesse Pound is a journalism and economics senior and the Editor in Chief of The Daily. He has previously worked as a business intern at The Oklahoman and The San Antonio Express-News.