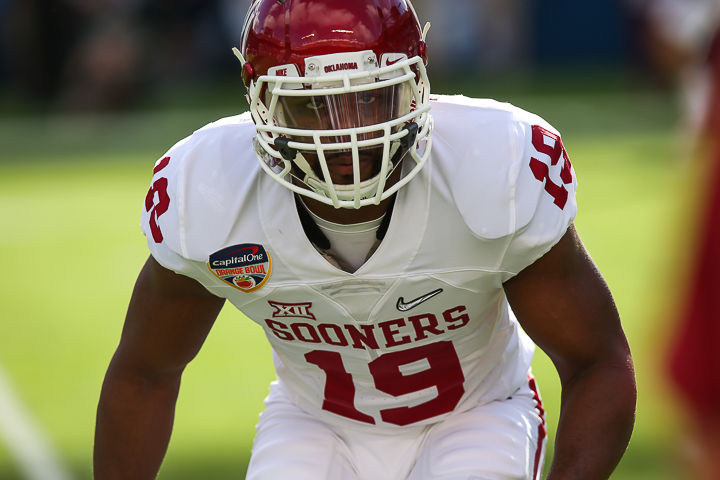 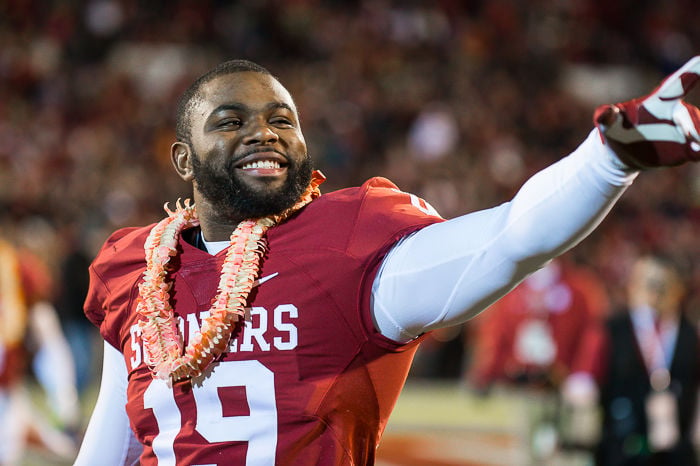 Senior linebacker Eric Striker points into the crowd at his last home game Nov. 22, 2015. Striker gave an NFL draft-day speech after not being selected. 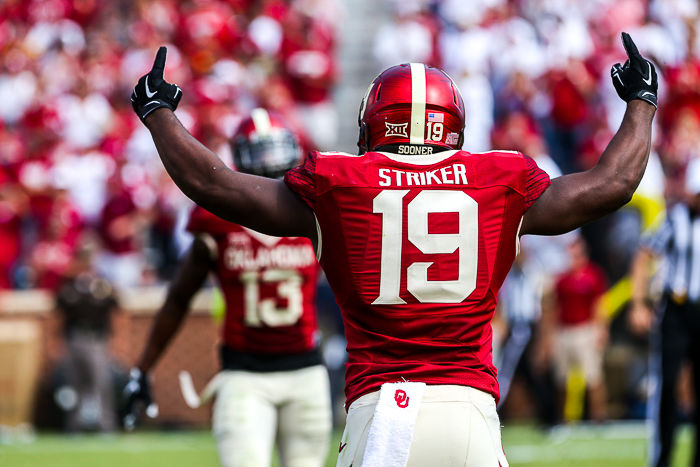 Senior linebacker Eric Striker points into the crowd at his last home game Nov. 22, 2015. Striker gave an NFL draft-day speech after not being selected.

Eric Striker was a tenacious presence in the linebacking corps during his four years at Oklahoma. The Tampa, Florida native played in all 52 games during his tenure at OU and started 39 of them, being named first team All-Big 12 in three of his four seasons and first team All-American after his senior year.

Striker was a force on and off the field, helping lead his team and becoming a public face of the university during 2015's SAE incident.

Lance Zierlein, NFL.com: "Each year there is a highly productive but undersized linebacker prospect in the draft, and the question is always the same — 'is he too small?' An NFL team will find room for Striker because of his explosiveness to the ball; ironically, he grew up in Tampa watching a Buccaneers defense that would have valued his speed and tenacity despite his size. He garnered first-team All-Big 12 and Associated Press All-American notice as both a junior (third team) and senior (second team). In his three years as a starter, Striker lived in opponents’ backfields, racking up 46.5 tackles for loss and 23 sacks, while also hustling in coverage to defend 12 passes."

Rob Rang, CBSsports.com: "Playing a Von Miller-like role for the Sooners, he lined up close to the line of scrimmage in both two- and three-point stances, either rushing the passer or dropping in space.

"And therein lies the rub — while Striker starred as an edge rusher for the Sooners, there is plenty of concern as to whether he can remain in this role in the NFL or if he possesses the awareness and agility to handle a more traditional off-line of scrimmage role."

Charlie Campbell, WalterFootball.com: "At the combine, Striker had a very slow 40 time for an undersized speed rusher. He played well for Oklahoma in 2015, recording 67 tackles with 19 for a loss, 7.5 sacks and three forced fumbles. Striker would be ranked higher, but he is a tweener between 3-4 outside linebacker, safety and 4-3 outside linebacker. The lattermost is probably his best spot for the NFL given his body type, but the thing he does best, above all else, is rush the passer off the edge. Striker may not translate to the next level."

Round 4-5: Striker's motor and athleticism are unquestioned, but his lack of a defined position at the next level could hurt his stock. A team should be willing to take a chance on his talent, but there's no telling if he will find a comfortable role in the NFL.

Dillon Hollingsworth is a journalism senior and the assistant sports editor at the Daily.