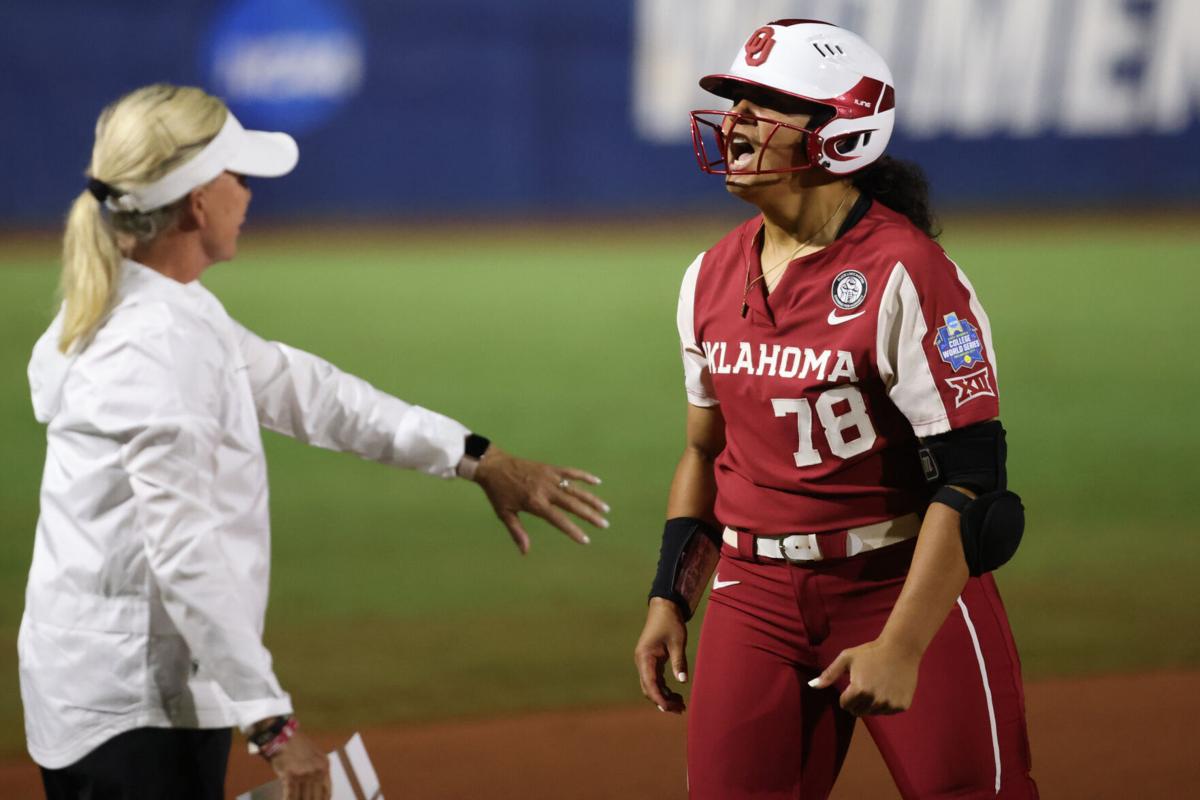 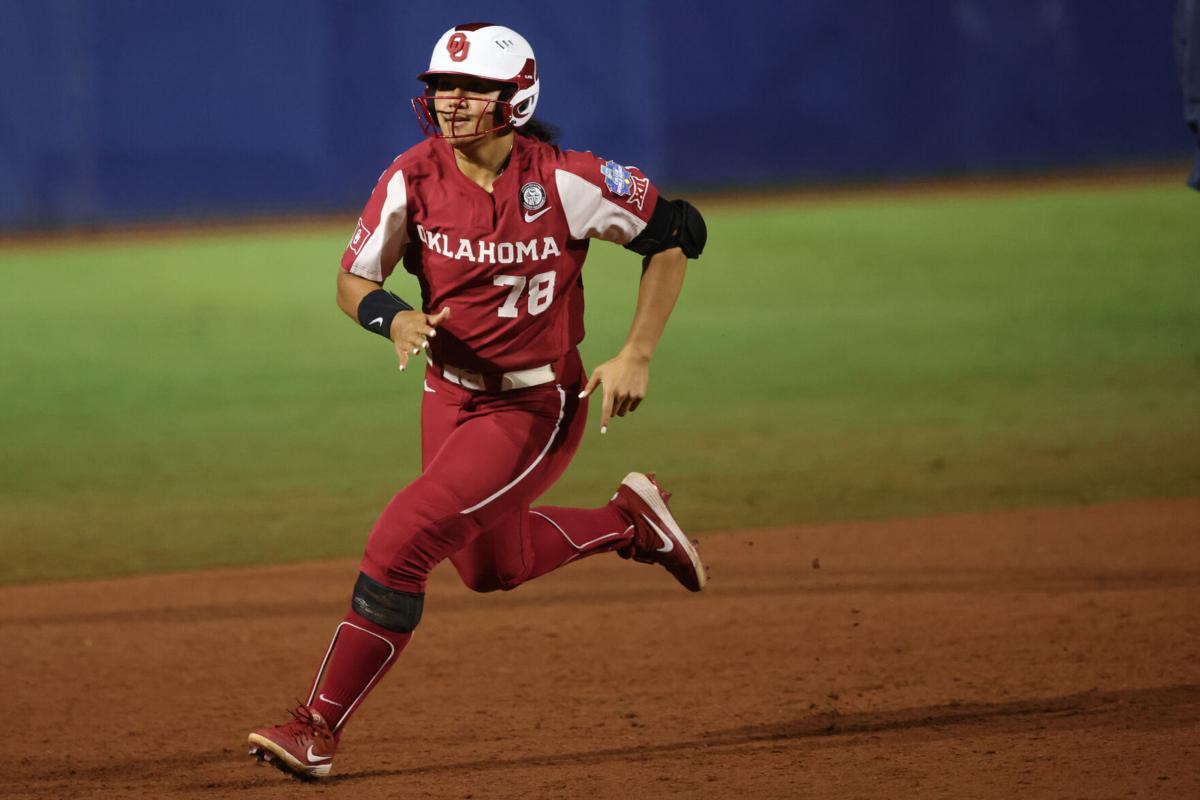 Jocelyn Alo raced to the bag.

The 2021 USA Softball Collegiate Player of the Year let out a ferocious scream as she clapped her hands before throwing her arms in the air toward the Oklahoma dugout.

The senior had just roped a two-out triple moments prior — the first of her career — to center field to cut OU’s deficit to two runs against UCLA in the bottom of the third inning. The Sooners had one hit as a team before Alo came to the plate, and freshman pitcher Nicole May had allowed a three-run home run off the bat of Bruins’ 3-hole hitter Rachel Garcia in the top-half of the inning.

But Alo’s hit provided the momentum. It gave the offense the spark it needed in OU’s 10-3 victory over UCLA on Saturday to advance to the Women’s College World Series semifinals.

“(Alo) hit that ball and it was no surprise to me,” sophomore catcher Kinzie Hansen said. “Whenever she comes up to the plate, I'm standing on deck going, ‘Here we go, we're going to score some runs.’ (The game) totally flipped and it gave us momentum. It completely changed the script of the game and from that point on it was our game to win.”

Hansen, who bats No. 3 in the lineup behind Alo, delivered a single that scored Alo four pitches later.

The Sooners had come within one run of the No. 2 ranked Bruins before the floodgates were opened. The offense scored nine unanswered runs after Alo’s RBI triple from the fourth through sixth inning. Sophomore utility Mackenzie Donihoo hit two home runs, Hansen added three RBIs and freshman infielder Tiare Jennings hit a two-RBI double off the right-field wall.

“First and foremost, I tip my cap to Oklahoma,” UCLA head coach Kelly Inouye-Perez said. “They straight up came up and they threw punches back and beat us on the field tonight. … They don’t quit either.”

The Sooners’ offense also completed the comeback against two-time player of the year Garcia, who was third among Power Five conferences in earned-runs average entering the game with 1.12.

“Our plan against Garcia was mostly to trust our training,” Hansen said. “We went out there, and a lot of times when we struggle, it's only when everyone is trying to hit home runs every single at-bat, and we get out of our game plan. But today we weren't trying to do too much. We were trying to stick to our game plan (and) stay on top of the ball and take good hacks.”

The offense was backed by senior pitcher Giselle Juarez, who came in relief of May in the top of the third inning, although she had already pitched five and one-third innings in the 8-0 run-rule over Georgia earlier in the day.

Juarez kept the Bruins from scoring once she entered, as she pitched five innings, allowed three hits and tallied four strikeouts. She finished the day throwing 155 pitches with no runs allowed and 14 total strikeouts.

“I just wanted to have Nicole May’s back,” Juarez said. “I went out there and that’s what I told her is, ‘I'm going to have your back.’ And I think the team was just going to have her back. I took it one pitch at a time. My team came back and answered. So I think just like knowing that they are answering, so I've got to answer for them, as well, and just having their back throughout the entire game.”

Now, Oklahoma gets a chance at revenge against James Madison at noon Sunday, who the Sooners must beat twice to advance to the national championship series. OU lost, 4-3, in its first game of the tournament Thursday but hope that their play from Saturday can carry into tomorrow’s slate.

“So the attitude is like we didn't get this far just to get this far,” Gasso said.“It was such a great team effort tonight. I think it will build. That momentum will create itself again tomorrow. That's what I hope for.”

Austin Curtright is a journalism sophomore and The Daily's senior sports reporter. He covers OU football and has previously covered OU men's basketball, softball and soccer.