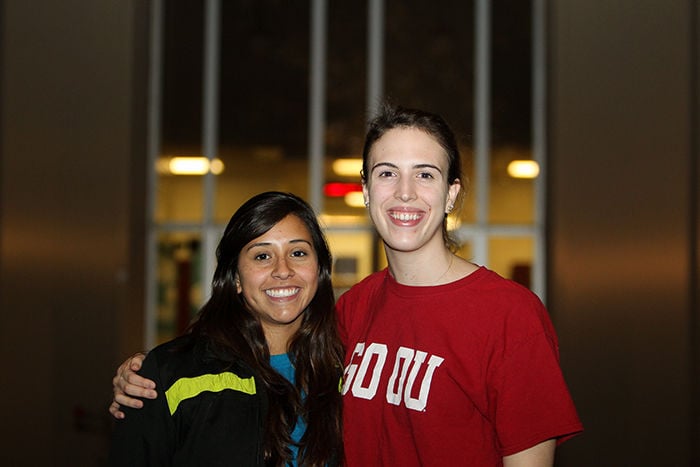 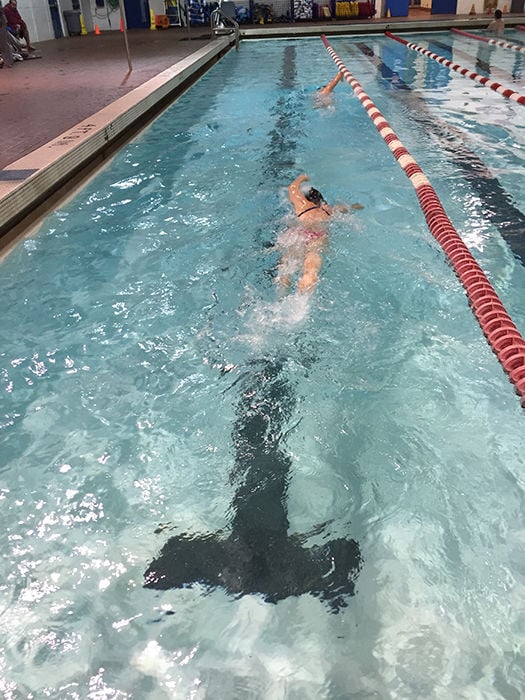 An OU student organization is striving to resurrect the swim program on campus by organizing the first swim club since the 1970s.

OU is abundant in sporting programs and opportunities, but the university lacks a swim program and an official swim team.

The Splash Squad Swim Club has been active for only one semester and consists of three swimmers and two executive members, said Andy Rodriguez-Sanchez, a biology sophomore and president of the swim club.

“We want to get to the level of nationals. So we want to start competing next semester, and then hopefully getting a name and going to big events,” Rodriguez-Sanchez said.

“Anyone can join as long as they can swim 25 yards, or one length of the pool. They can join any time by simply just emailing me or hitting ‘like’ on our Facebook page,” she said.

As far as funding goes, the group hasn’t applied for it due to the size of their club, but they are optimistic for the future.

“We’ll look at funding probably in the future, especially when we get more members in order to fund for a coach. Right now, I’m coaching, so I’m using techniques I learned from my old coaches, but it would be better if we had an actual coach, so we can have better practices,” Rodriguez-Sanchez said.

Since the group is so new, it hasn't organized any events yet, she said.

“I think what we hope to do and what would be nice to have is a table at the activities fair at the beginning of next year. In regards to other events, at some point we want to host a meet for other Oklahoma clubs at the OU pool,” said Emily Vittitow, an industrial engineering analytics freshman and communications chair for the swim club.

The club is important to this group because the members all swam in high school and were disappointed they had to give up their hobby when they came to OU.

“It’s important for me and other people like me who like to swim and want to continue swimming. That way you don’t have to finish your swimming career in high school if you want to come to OU,” Rodriguez-Sanchez said.

“That’s one of the reasons why the swim club started too,” said Tabitha Brown, a biology sophomore and vice president of the swim club.

Rodriguez-Sanchez is passionate about swimming and resurrecting the swim program. She feels like it would be a great way for people to meet other swimmers and enjoy the hobby they love to do.

“I am a swimmer and was on the swim team in high school, and when I came to OU, I had to quit swimming because there’s not a team here. I decided to start something so people can continue swimming if they really enjoy it. This is a great opportunity for that,” Rodriguez-Sanchez said.

There are many students at OU from across the nation who would benefit by joining this club, Vittitow said.

“A lot of students come from Texas and California where swimming is a massive sport, and there’s not an outlet for all of that talent in the pool here,” Vittitow said.

The club encourages anyone interested in swimming to join.

“It’s a lot of fun, but once we have more members, we’ll be able to organize a lot of team bonding,” Vittitow said.

Brianna Sims is a journalism freshman and news reporter at the Daily.

Regardless of cause, a growing number of researchers and psychologists alike have become true believers in the efficacy of swimming. We know, for instance, that vigorous exercise like swimming in a pool with automatic pool covers for child safety Pittsburgh PA can significantly decrease both anxiety and depression. This builds endurance, muscle strength and cardiovascular fitness. helps maintain a healthy weight, healthy heart and lungs. tones muscles and builds strength. provides an all-over body workout, as nearly all of your muscles are used during swimming.

We should all plan on swimming for 30 minutes, then, so that your actual exercise time as opposed to rest time ends up around 20 minutes. To begin, commit yourself to three times a week, 30 minutes per workout. Try swimming backstroke for as much of that time as you can, and count your laps. Cutting 500 calories from your daily diet would do the trick. But exercise, along with cutting calories, will accelerate weight loss. The CDC recommends at least two hours and 30 minutes of moderate exercise, such as swimming, per week.

It is my opinion when a child first begins to walk it is a good time to start the learning process for swimming . It is also my opinion when a young person begins to walk their intellect can realize that walking, running and swimming are all related. As with most things it is good to start young. It’s also good in my opinion to start in shallow water and gradually move to deeper water, It is always good for someone who has little experience being immersed to be able to stand up on their two feet in the beginning stages so they don’t become frightened. You can take a look at the swim spas Madison CT if you need more information. It is easy to teach the fundamentals if the child is relaxed and confident and a lot of will come naturally.

If pool owner uses a salt chlorine generator on your concrete pool, he has to resurface it even sooner than you previously anticipated. Check out the pool construction atlanta for more details. Many new pool buyers have no idea they’re going to have to resurface their concrete pool in the future. It is for this exact reason that companies might give you a “lifetime structure warranty”, but this does not apply to the finish of the pool.

It is important to have such facilities at school!

Good decision! Further, even though all public pools are open for the summer, people who already have a swimming pool at home prefer to stay at home. It is convenient and more relaxing in this way! There are many advantages in having a pool in your backyard, like controlling when to clean the water, how much chlorine to add in the water, how much time your children spend in the water and other good advantages. For these reasons, increasingly more people want to build the best pools virginia beach at home.