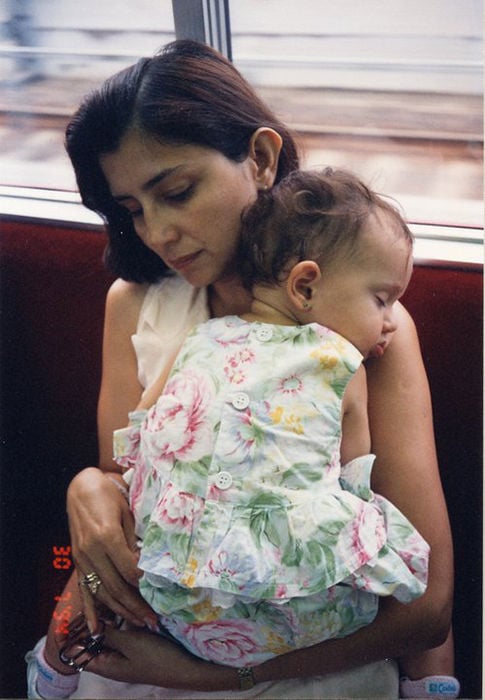 Anthropology and environmental sustainability senior Ariel Ray Arias and her mother. Ray Arias is flying her mother to graduation from Costa Rica. 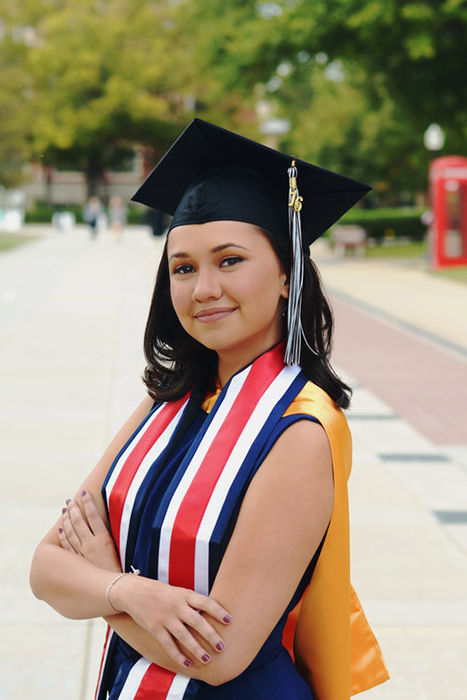 Ariel Ray Arias is an anthropology and environmental sustainability senior. Ray Arias raised money to help her mom make it to graduation on Saturday.

Anthropology and environmental sustainability senior Ariel Ray Arias and her mother. Ray Arias is flying her mother to graduation from Costa Rica.

Ariel Ray Arias is an anthropology and environmental sustainability senior. Ray Arias raised money to help her mom make it to graduation on Saturday.

Her mom, Isabel Arias, lives in Costa Rica, in a small, rural pineapple-exporting community called Pital de San Carlos. Before her convenience store went under after economic struggles, she would work 11-hour shifts at the store and still, she would sometimes need Ariel’s help with the electricity bill.

Ariel's mom would call her, deflated over the failure of her business. She needed a win.

She will get her win Saturday, when Ariel walks across the graduation stage, four years after she said goodbye to her family in Costa Rica and moved to Oklahoma to study.

Her mom will be there to see Ariel in her cap and gown — back in the United States for the first time in 17 years.

The idea started with Ray Arias’s half-brother asking whether her mom would be there to see her graduate. Ray Arias, who was born and grew up in Costa Rica before coming to OU for school, said the idea had never occurred to her.

“I never even thought that my mom could ever come to my graduation,” said Ray Arias, an anthropology and environmental sustainability senior. “I just always kind of envisioned it happening with me here and my mom in Costa Rica.”

“I just felt like my mom needed something, and that's when I got really excited. She needs this,” Ray Arias said. “If I ever got anywhere in my education or my academic career, or any of the other things I've been involved in as a community organizer, it's because of my mom. So with me graduating, it's like she's graduating too.”

Getting her mom to Oklahoma for graduation would come with a high price tag — between the plane tickets, the passport, the visa and other logistic costs, the total came out to a little more than $2,000.

Angie Tran, a sociology senior and Ray Arias’s friend, helped her make the budget. Tran, who was also determined to make the visit happen, had a similar experience over the summer, when she was able to fly her mom out to Los Angeles where she was completing an internship.

“I was all for it, because I want that feeling when I got to bring my mom for Ariel. She’s been here for four years, and to share this accomplishment with her mom, it’s a big deal,” Tran said. “The moment she talked about it, I started planning. I was like, 'look, girl, we’re going to do it because we have community right behind us.'”

Tran helped both with logistics and encouragement.

“Angie came up with a budget, and I remember looking at the numbers and my heart just dropping,” Ray Arias said. “I was like, ‘Angie, it's over. I don't see how we could possibly do this.’”

Tran pushed Ray Arias to ask for help raising the money. They turned to Thousands Strong, OU’s crowd-funding platform for academic programs and organizations, and Sooners Helping Sooners, an OU organization that can provide funds for students in financial emergencies, but they had no luck.

“I've never asked for money, ever. It's something that is really difficult, and especially in my family and in my culture, reaching out is not something you really do,” Ray Arias said. “You tough it out. I just couldn't even fathom the idea of going out and asking for help.”

But within two days of launching the GoFundMe campaign, Ray Arias received $1,300 in donations — a huge outpouring of support from OU faculty and fellow students. She had set the fundraising goal at $800 even though she knew she would need more, not thinking anyone would care.

That covered about half of what she needed to get her mom to graduation, but she was sure, then, that she could make it happen.

Things got quieter in the following few weeks, until she got a message from the College of Atmospheric and Geographic Sciences, where she is a student. The reply was this: the college was sending her a check for $1,000 — they were going to help her mom come to graduation.

“The day I got that message, I went out and got my mom's ticket,” Ray Arias said. “I called her and she was just crying.”

It was an exciting day in the College of Atmospheric and Geographic Sciences, too.

“The day we got it all figured out, that was a very happy day here. We are so happy for her,” assistant dean Mary Anne Hempe said. “Ariel is not only a wonderful student, she’s a wonderful person, too. I’m so very happy that her mom is going to be here.”

Ray Arias came to OU after finishing high school in Costa Rica, where sometimes class would be canceled for weeks on end because the school could not pay the water bill.

When she arrived, she was apprehensive about how she would fit in and how she could manage juggling paying her way and still send money home for her brother’s college tuition.

But her family also had high expectations for her — she was going to be an engineer or a doctor.

“I'm the only one from my family to be here, right? So there's been this expectation that I'm the key out of poverty for my family, and that somehow I'm going to pull everybody out,” Ray Arias said. “It's also this enormous pressure as an immigrant to be far from your family and want to help provide for them, but you're not there yet. And I don't know if I'll ever be, but that's my family, and I'm trying to get there.”

Throughout her four years at OU, Ray Arias wanted to throw in the towel a handful of times. But the idea of helping provide a better life for her mom — whom she describes as a woman small in stature but with a personality that fills up a room — has pushed her to keep going.

“She's such a motivation for me to keep going, and especially in the face of everything that was going on to my family, I can't tell you how many times I was ready to just go home,” Ray Arias said. “I want her to have a nice comfortable life, after everything that she's done for me, and that's really what's kept me going.”

Wow, Ariel Ray Arias, we are so proud of you, The Moldavia would be a right place for you to get your mother for the graduation, I am amazed to see the affection you have for your mother, Hope she get a safe flight back home.