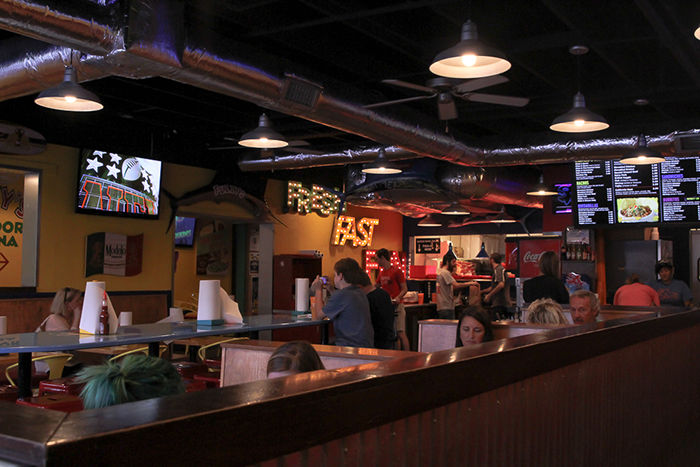 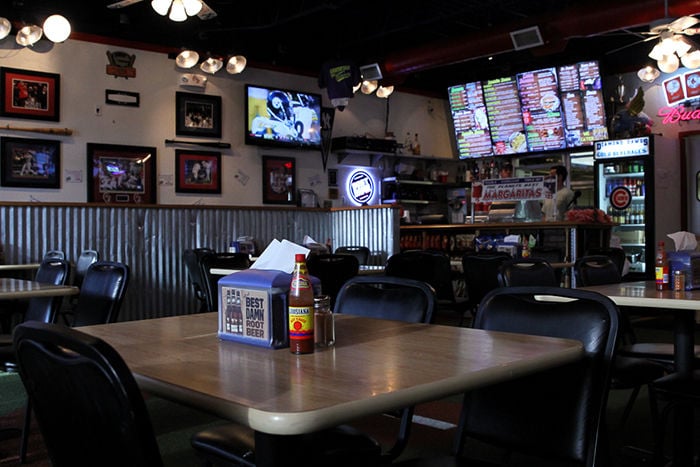 The inside of Diamond Dawgs on Campus Corner Sept. 12. According to the manager, the employee count will double for the football game against Ohio State.

The inside of Diamond Dawgs on Campus Corner Sept. 12. According to the manager, the employee count will double for the football game against Ohio State.

The influx of people to Norman this weekend for the Ohio State game promises to bring in more business than normal for Campus Corner restaurants.

Nathan Hansel, Jimmy John’s general manager, said he was hoping to make $8,000 to $9,000 on Saturday alone, a significant increase compared to last Saturday’s income of $7,200.

“We’re hoping for a couple thousand more with it just being a big game and stuff,” Hansel said. “The more business the better.”

With the expectation of large crowds, many restaurants across Campus Corner are taking extra preparative measures beyond what is typical for most football home game weekends.

“We expect it to be one of the busiest game days, definitely bigger than last weekend, because it’s a much bigger game,” said Steven Villatoro, Pepe Delgado’s manager. “So we’re trying to prep a little bit more for it than we did last weekend.”

Villatoro said Pepe Delgado’s planned on increasing its staff count from three to 12 people working the restaurant on Saturday. Likewise, Bryce Newell, Diamond Dawgs' manager, said his restaurant is increasing its employee count from eight to 17 people staffing the front for game day.

“We generally have pretty big games every year,” Leclercq said. “We’re just doing what we always do, just a little bit more. We just order up and staff up and prepare for the whirlwind.”

Hansel said his restaurant has already begun preparations for the big weekend. He hoped to have the meat and veggie prep work already completed by Friday.

Leo's Coney Island and National Coney Island are Campus Corner restaurants that serve what in Detroit is called a "loose hamburger". They are hard to find but they taste amazing! It is spiced loose fried ground beef served on a hot dog bun usually with chili, mustard and onion, that makes building a restaurant Holly MI easier. In South Eastern Michigan and to some extent the entire state, a Coney Island restaurant is a diner style restaurant that serves hamburgers, hot dogs and often breakfast items. Many of these restaurants were started by Greek immigrants so Greek style items are often on the menu.