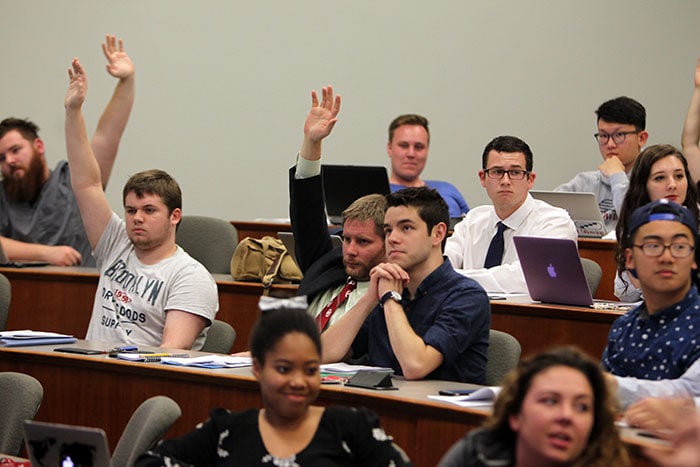 Representatives on the Undergraduate Student Congress vote against the passing of a resolution that included the words "Boomer Sooner" April 19. Some of those who opposed argued that the phrase is controversial while others worried that it would show favoritism to the athletic department. 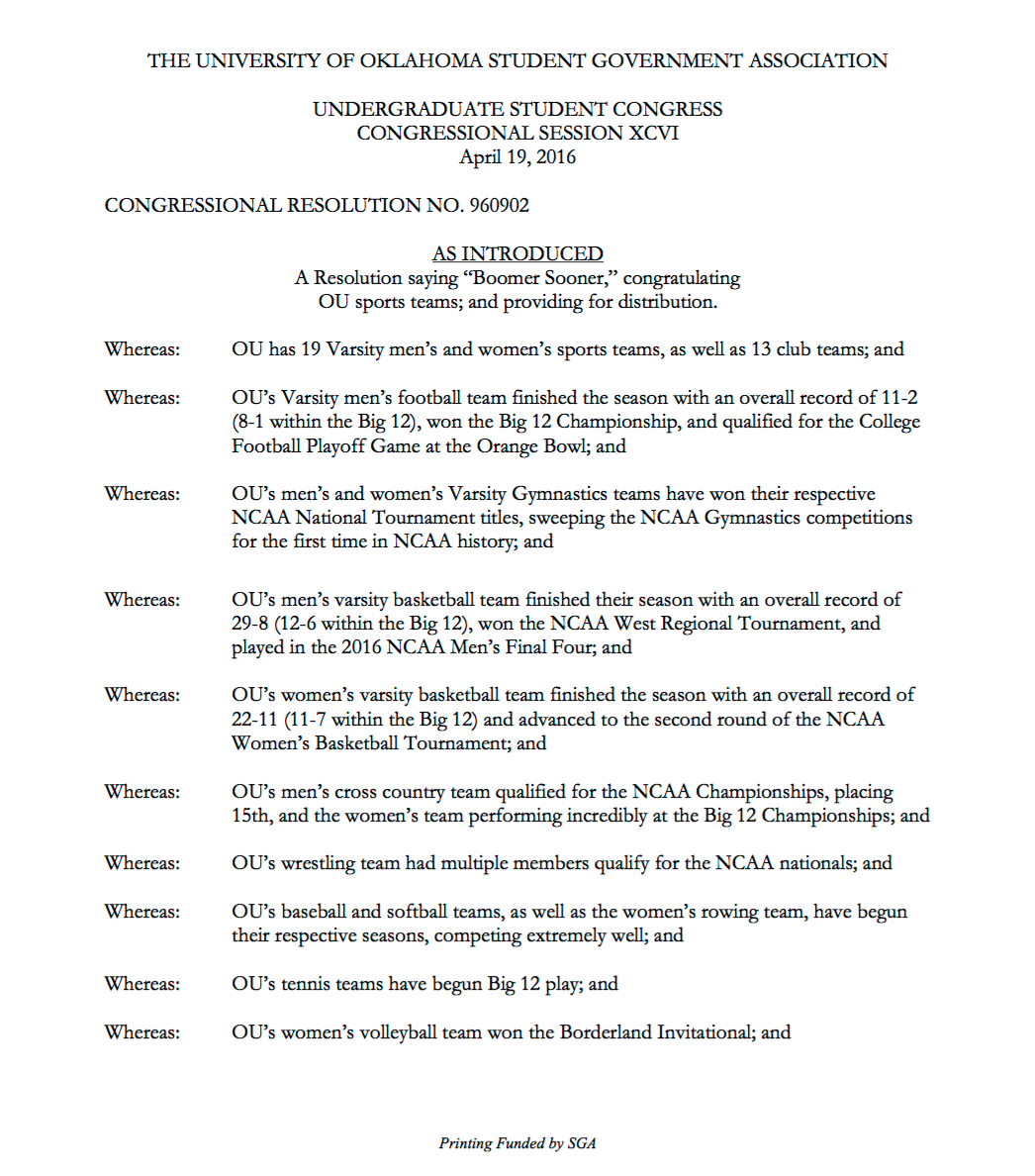 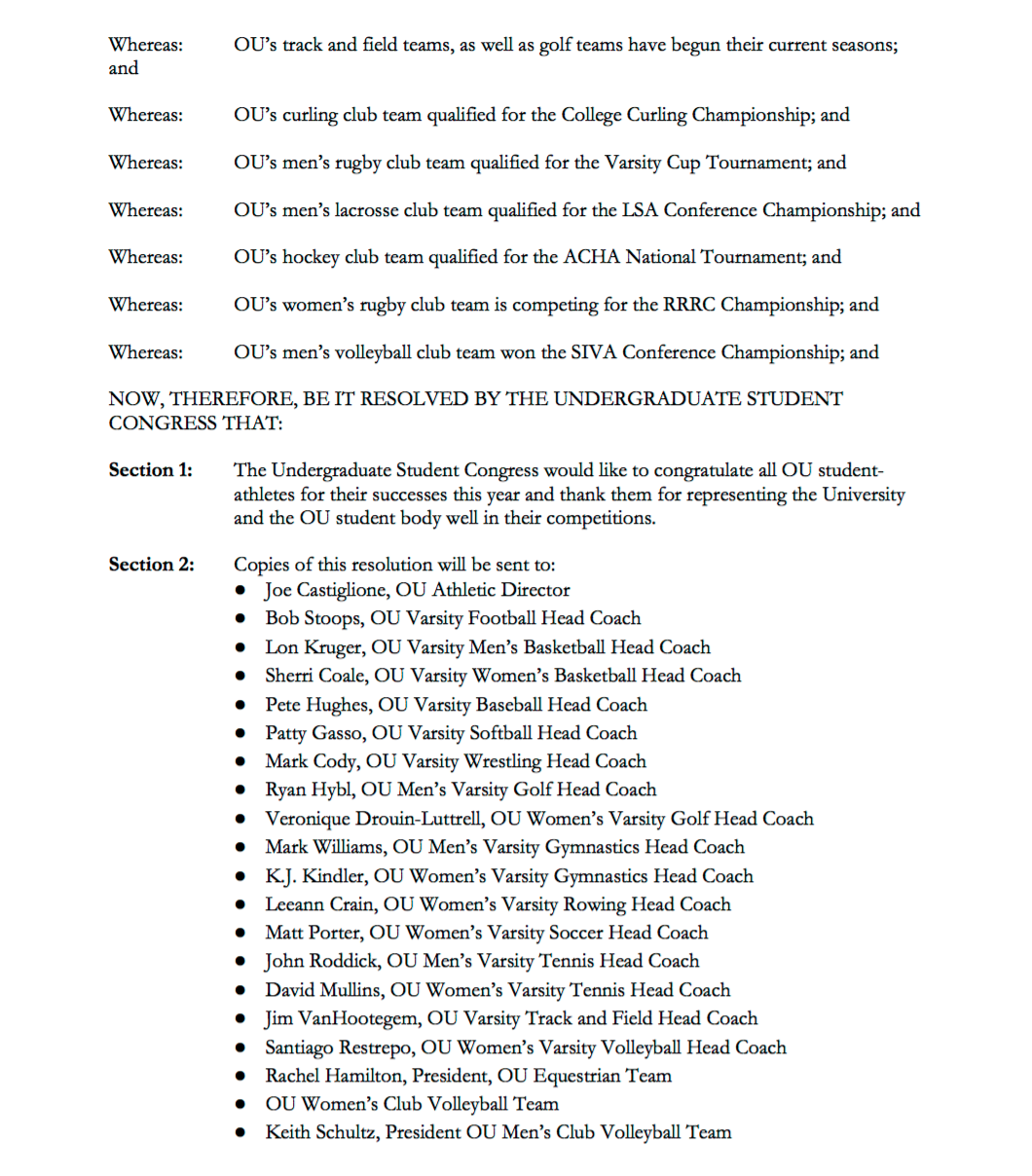 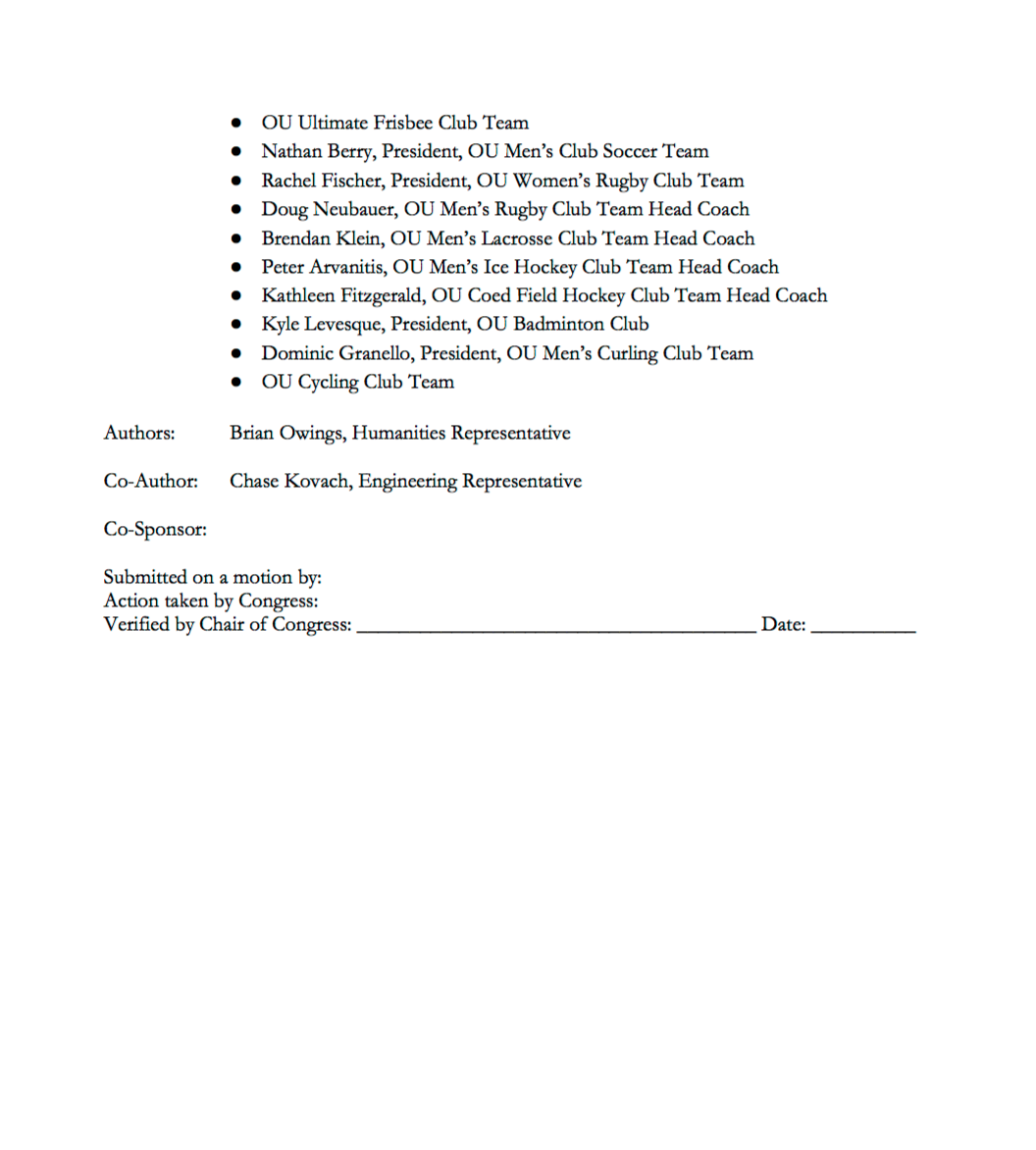 The Undergraduate Student Congress voted against a resolution Tuesday amid concerns of the resolution’s use of the phrase “Boomer Sooner.”

The resolution, authored by Humanities Representative Brian Owings, would have been Congress publicly saying “Boomer Sooner” to congratulate OU athletic teams. The resolution would then have been distributed to representatives of those respective teams.

Another representative proposed a hostile amendment to strike the phrase “Boomer Sooner” due to the controversy surrounding it, but the amendment was defeated by a hand vote.

Opponents of the resolution argued against it because of the controversy of the phrase "Boomer Sooner," an issue brought to the forefront in September by student group Indigenize OU, which argued that the phrase contributes to the erasure of Native people and their history. Others worried that it would show favoritism to sports teams over other campus groups.

The resolution was defeated by a vote of 13 for and 20 against, with 1 representative abstaining.

Nice articles in this network. Really cool and very useful for lazy students who searching like this write my paper through the web! Best things are simple - thanx to you

Nice articles in this network. Really cool and very useful for lazy students who searching like this "[url=https://writemypaper.top/]write my paper[/url]" through the web! Best things are simple - thanx to you

The photo albums related to sports and news compelled to visit this website. The very interesting thing about this blog and is being represented to write my paper in 24 hours is that there is women team as well in addition to men team in the sports field. It is so encouraging for females. It also focuses on art, food and music.

The days of undergraduate life are always a process of learning and making a strong base. I remember I always get help of rushmyessays writing during my undergraduate examinations.

This website bring sensation as it has announced free iTunes gift card code generator so that it would be affordable for all to have music and TV shows online.It has been a month when i visited this website and I have iTunes codes till now with no expiration.

Seems to me that the Native Americans are culturally appropriating Western Civilization values by using higher education pioneered by white Europeans. A bit like no taco Tuesdays.

The education has the great role in human life that empower students and the children civilized and professional dissertation editing services enable them how they can play significant role in development of the societies. The knowledge focus on the behaviors and attitudes and behaviors.

A message for OU students from an alumnus: flat out - this kind of thing continues and OU will start to lose donors.

I know when you get to college you're learning to flex your muscles of independence and are extremely influenced by group think. But group think the opposite of what college is about. In fact, Universities have become a fierce stronghold for one-sided thinking, outrage, massive entitlement, and a massive case of the feels.

A counselor at another university told me recently that in recent years and each year they have to significantly increases counseling resources because the students are increasingly unequipped to everyday life. This IS a direct result of the coddling, the notion that everything must be "fair", and feelings are paramount.

If you enter the real world with exaggerated outrage, entitlement, and an obsession with feelings and fairness, you WILL have a hard time. You WILL find the working world a torture chamber of "unfairness."

Boomer Sooner is NOT going away. Ever. Unless we want to homogenize everything; perhaps the Kansas Jayhawks need to change to Jillhawks, because Jay is a man's name which clearly means its horribly sexist.

You have been duped. Duped into thinking that entitled outrage means you're doing something. You're not.

The student congress members who voted against this because ' boomer sooner' was part of the resolution are weak minded, easily influenced, and have no backbone. PC is way outta hand. It's offends no one except a couple people at indigenize OU. That organization is an embarassment to themselves and Native Americans.