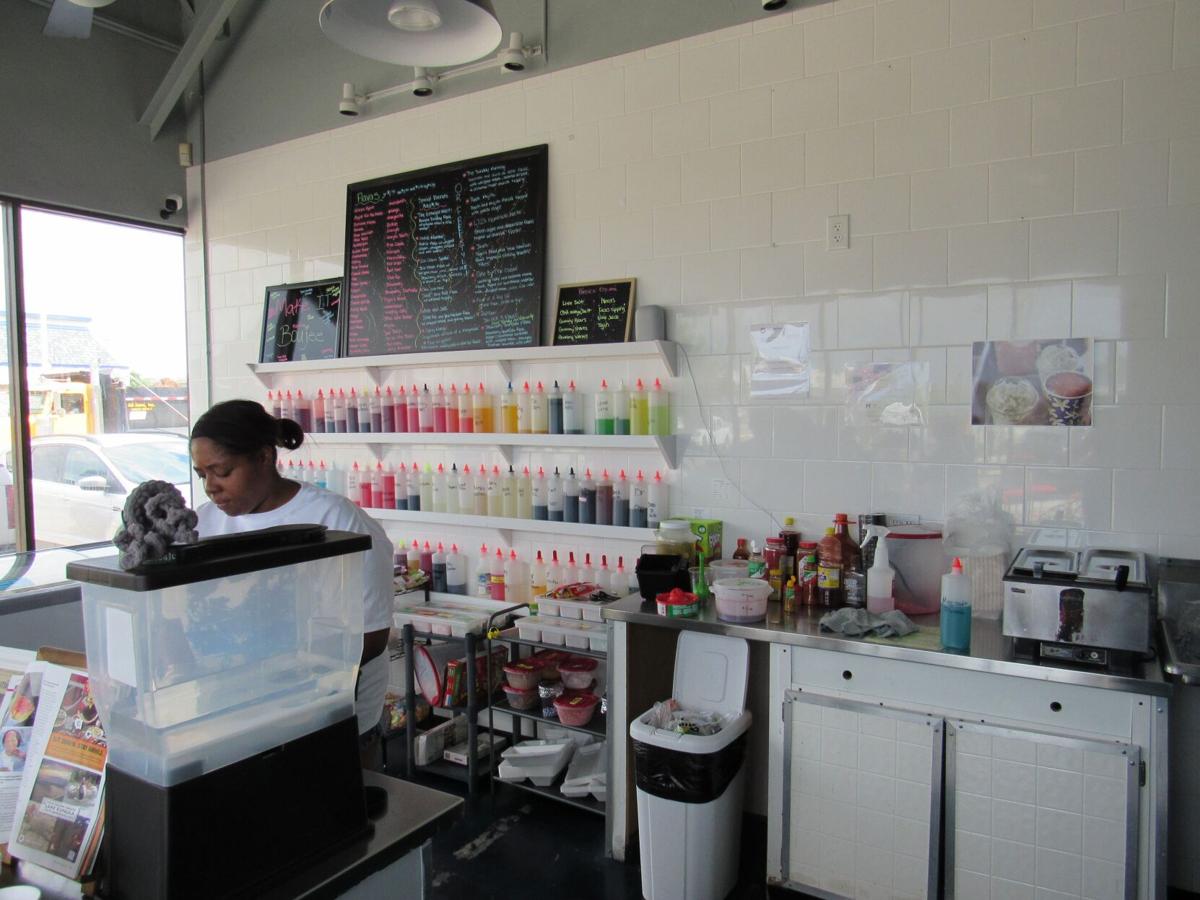 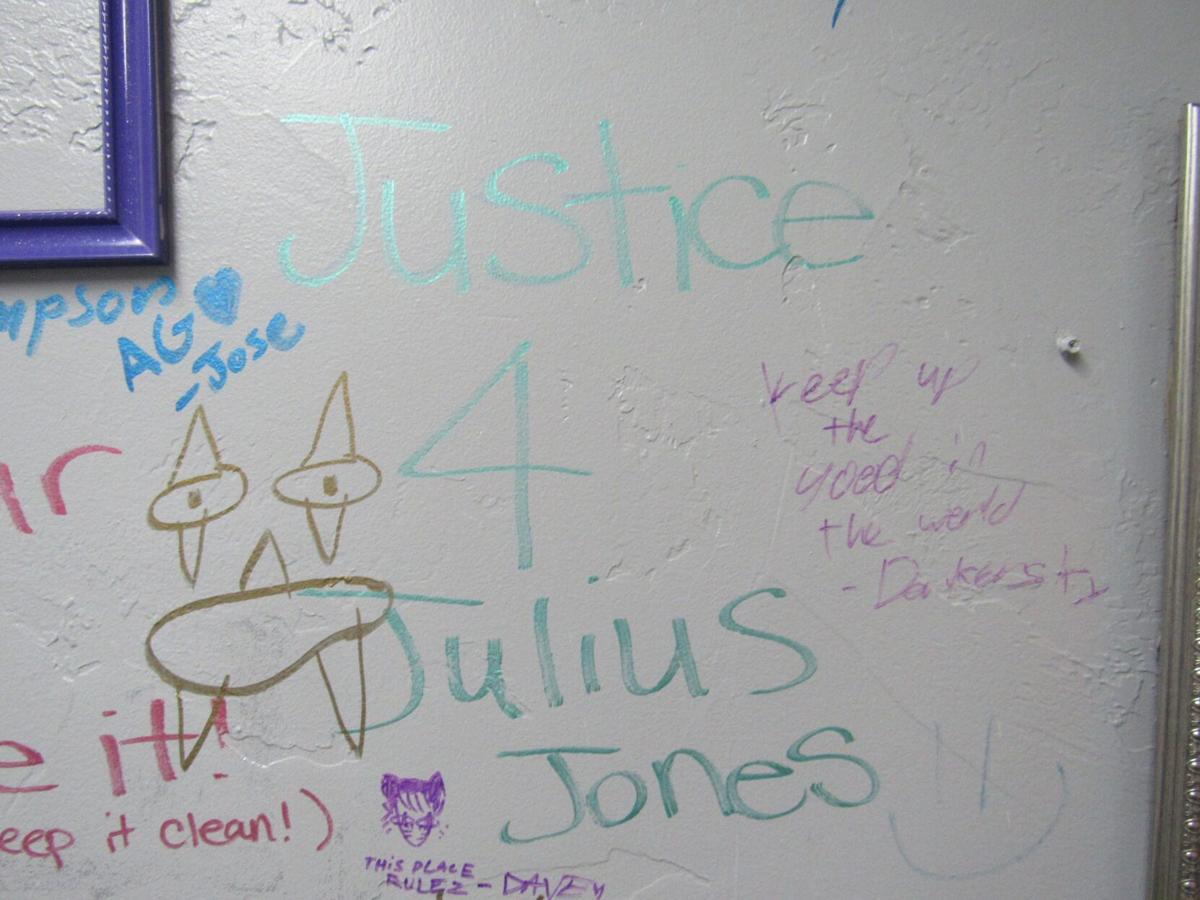 The phrase "Justice 4 Julius Jones," which is written on the walls of local shaved ice shop Addi's SugaShack. 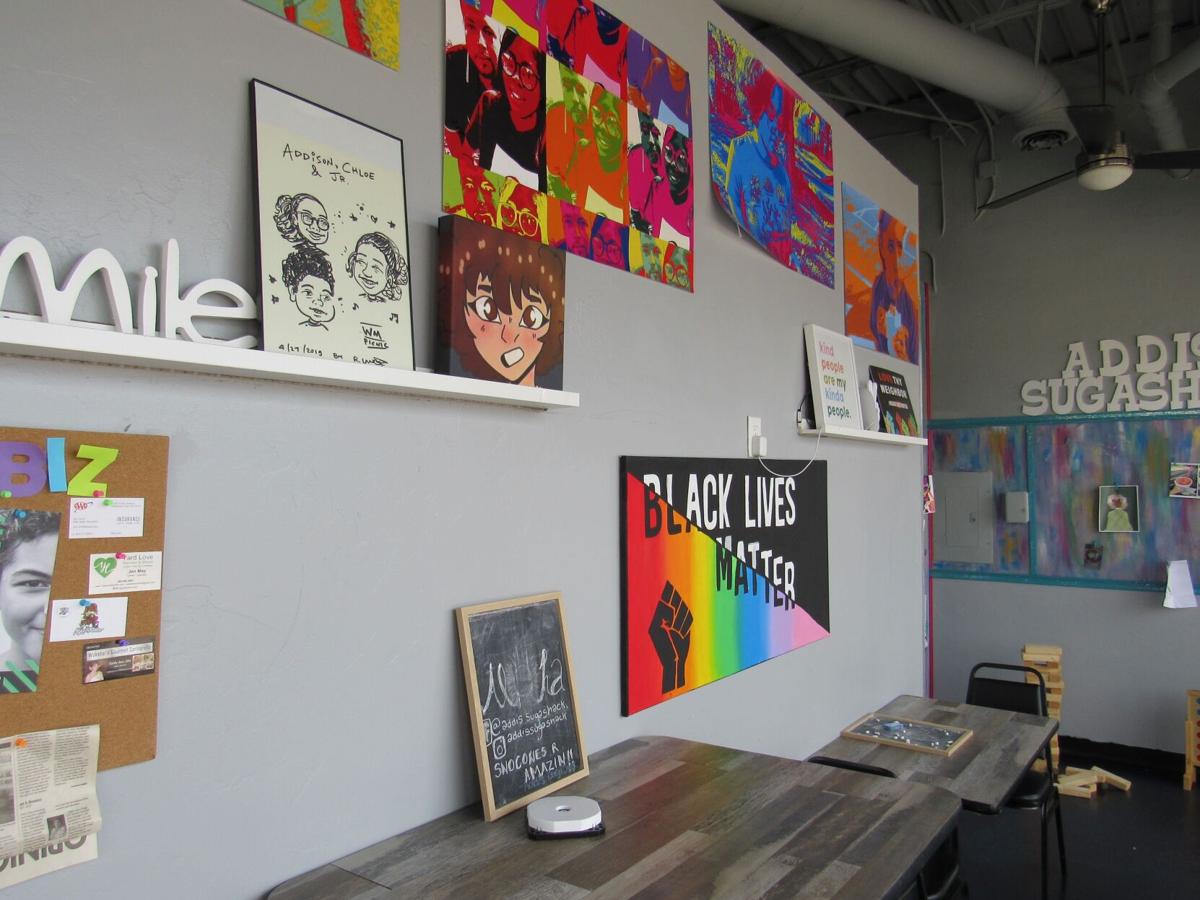 The interior of Addi's SugaShack, including art illustrated by owner Erica Gomez's daughter.

Norman shaved ice shop Addi’s SugaShack will partner with the Julius Jones Coalition for a fundraiser in Jones’ name on July 24.

To assist in the coalition’s efforts, Addi’s SugaShack will use its “Justice for Julius Jones Fundraiser” to donate 100 percent of their sales on July 24, the day before Jones’ 41st birthday, to the coalition.

“The most logical thing that I could think of was to provide the services that I have to offer (and), in return, to get people in here,” said Erica Gomez, the shop’s owner. “They would purchase the items, and then all of that, 100 percent of what we make that day, will go to the coalition.”

Julius Jones, a death row inmate and former OU student, was convicted of murder in 2002 and has been on death row for nearly 20 years. Jones and his supporters have maintained his innocence through various fundraisers, petitions and rallies.

Cece Jones-Davis, a Justice for Julius campaign director, posted a petition in support of Jones, writing that as “a person of color and faith, she could not stand by while an innocent man was killed.” She wrote it is “clear Jones’ lawyer did not adequately defend him” and that “explicit racial bias played a significant role in the process.”

The Justice for Julius Jones Coalition seeks a Stage Two commutation hearing for Jones, which serves to correct an excessive or unjust sentence. Gomez said she is working to support Jones leading up to the hearing because his story struck a personal chord.

“I think that it just kind of hit home with me, just because I have brothers that look like Julius, I have a son that looks like Julius and I would be devastated if something like that happened to someone close to me,” Gomez said.

Gomez said she believes it is important for businesses to advocate for issues and policies they believe in.

“I feel like when you own a business, that’s representative of who you are,” Gomez said. “The things that are important to you, you should advocate for, especially when you have a business within a community you’re wanting to advocate for.”

Addi’s SugaShack is located at 1228 N Interstate Dr. and is open Tuesday to Saturday from 12-9 p.m.