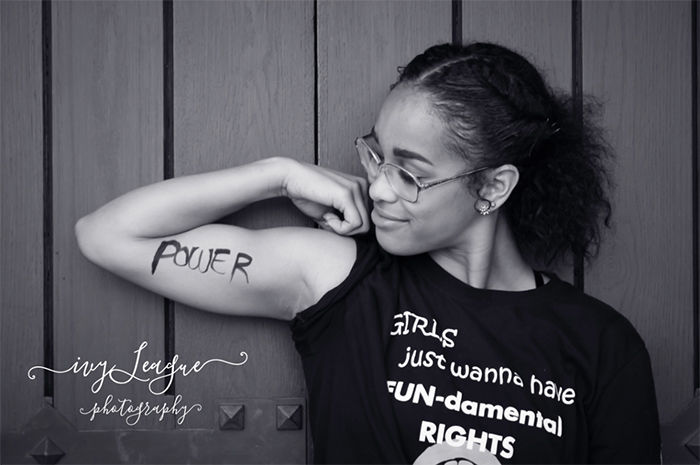 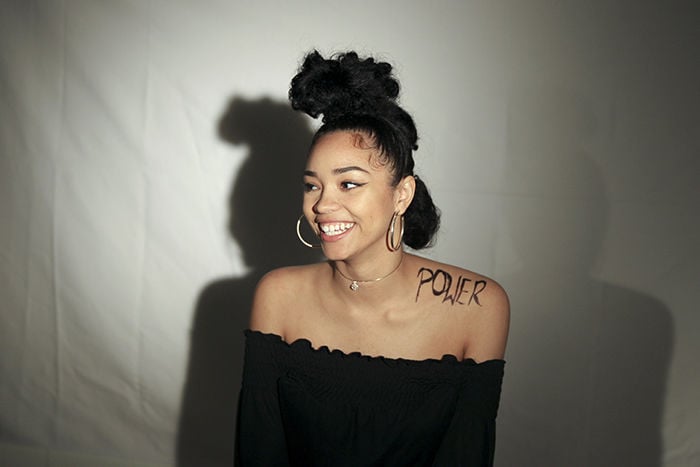 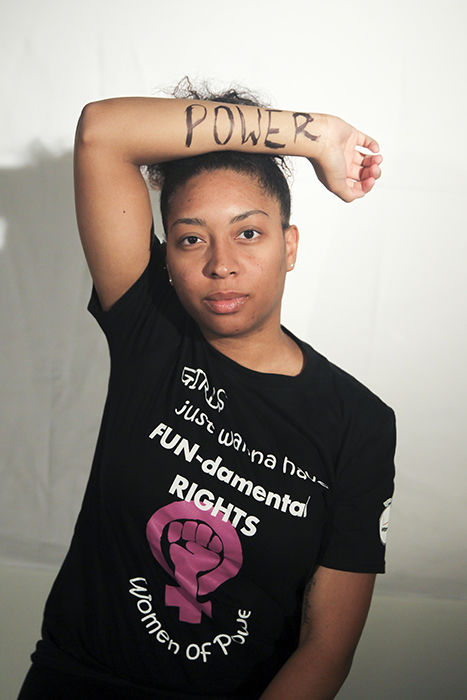 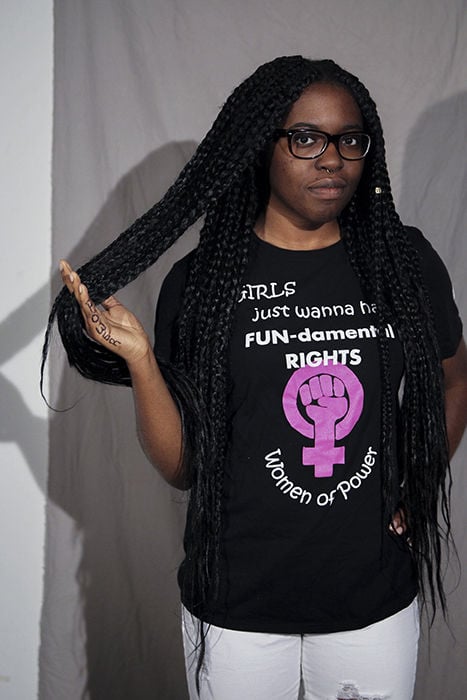 Sierra Levy, sociology sophomore, experienced the open arms of the OU Women of Power organization as a shy freshman last year. She went to a few events her first semester, gained more confidence and is now the historian for Women of Power.

“Women of Power is a place for other women to be comfortable, to have someone to talk to,” Levy said. “We are here for each other. Even though we don’t hang out 24/7, there will always be someone there for you — so it’s kind of like a family."

Women of Power focuses on creating a community made of women from all walks of life. Women of Power is an umbrella organization of the Black Student Association, Levy said.

Berry was introduced to Women of Power after attending an event during which BSA introduced its umbrella organizations.

“I saw Women of Power and I went once and it was kind of a chill event, like a movie night and just a place for women to come together, and it kind of resonated with me,” she said.

Since becoming president of the organization last year, Berry has focused on keeping the Women of Power’s mission alive. The group's mission is to provide a place on campus for women of color to discuss the issues they face on a predominately white- and male-dominated campus, she said.

Berry understands that students wish to belong, so she feels that Women of Power is a great start, she said.

“If somebody cares about (a student) or is excited to see them every other Monday, then they are more likely to stay in school or fight when things get hard,” she said.

It is important for these women to have a place to speak out about the issues they face rather than keeping it to themselves, Berry said.

“If you’re struggling, if you are a first generation college student, or you don’t have money, or your grades are slipping and you don’t have a group to be connected with, it is easier to leave versus if you have someone to talk these issues out with, especially if you feel like your voice is going unheard," she said.

Last year's Women of Power events included a relationship talk event, which Berry said is “always interesting,” while another event focused on diminishing gender stereotypes by leading the women in a hardware workshop, which included a toolbox giveaway that both Levy and Berry enjoyed.

“The hardware event focused on the idea that ‘you don’t need a man; you can do it yourself,'” Levy said.

In addition to the events that focused on empowering the women in the organization last year, Women of Power donated and distributed toiletries and business professional clothes to a women’s shelter, Berry said.

“A lot of us have clothes you buy one time for one event that you never wear again and there are people out there who really don’t have them," Berry said.

This year the organization has decided to allow each member to create and host her own empowerment event. Although Women in Power executive members have complete freedom in creating the group's events, each event relates to each other, Levy said.

“This semester I just sat down and was thinking of things that I've seen or topics that I feel are very important for us to address and cool ways we can address it besides people just talking about it with us,” Loblack said. “I try to be creative about it, like, 'What would get girls interested in coming to these events and handle those issues besides sitting down and hearing someone talk about it?'”

Loblack later decided she wanted to have a photo shoot. On Feb. 27, Loblack helped host the “Capture the Power Confidence Photo Shoot,” which helped reflect the rising organization’s overall message.

“I really wanted to do a photo shoot initially to just give the girls a chance to really feel good about themselves in whatever way that was,” she said.

Loblack reached out to various local photographers, as she wanted to create diversity among both the photographers and the participants involved in the shoot, she said.

“I wanted to make sure there were photographers, that I had a wide array of cultures. I didn’t want it to be just one type of photographer. We had a film photographer, a street photographer and an OU Daily photographer,” Loblack said. “We had a multitude of different types of artists because I felt it was important to have that sense of creativity and bond with the photographer and girl instead of just a photographer to take a picture.”

Loblack had eight photographers and 20 to 25 women attend the photo shoot. Loblack's only requirement was for everyone to wear a black T-shirt for uniformity. The women were then asked to write one word on their bodies.

“I had each girl write the word 'power' on them on either a spot they felt insecure about on their body or a part they feel is their best quality,” Loblack said. “So some girls put stuff on their thighs, or on their hands or on their collarbone. We had the word 'power' everywhere on people’s bodies. And I just wanted them to embody what they felt power was, what it meant to be a powerful woman."

Loblack made a playlist filled with powerful female artists for the photo shoot to give the event a very mellow and fun atmosphere, she said.

“It was just a let loose type of event where the photographers and models could really collaborate on what they believed would embody female empowerment,” Loblack said.

Oyinda Smith, psychology sophomore, attended the event and loved both the photo shoot and the atmosphere, she said.

“They had a local photographer, which I thought was really good. We got to take the pictures outside. The environment was really chill, but just knowing the reason behind the photo shoot is what really made it great," she said.

The group is working on a future event that will honor female professors, Berry said.

“We know it’s hard to be a female professor, especially at OU, and there’s not a lot of them, and they have to do more and stand out more. That’s something I’m really looking forward to,” she said.

As for the future of the group, Berry would love to see more participation from other women on campus and subsequently provide the group with more perspectives.

Although the organization is associated with the Black Student Association, the group is open for all women of color and who are eager to join and help build confidence, Berry said.

“We are women of color, any minority of women. We are here and we are powerful. We are not just our skin, we are just not our hair, we are not just what people perceive, like the stereotypes and stuff,” Levy said.

It previously was a genuine frightening scenario in my scenarios, however seeing the details style you improved the issue required me to leap with gladness. I get a bang out of for your details along with that later presume you determine what a trustworthy work that you're joining in forming a collection of several other people utilizing a net site. home floor finishing

Some states have laws that presume certain cancers are related to firefighters’ jobs and their exposure to toxic smoke and fumes. That means firefighters can become eligible for benefits and pollen allergy symptoms Jackson MS appointments without having to prove that their cancer was job-related. It would be up to a firefighter’s employer, usually a city or a county, to prove the cancer was in fact caused by something else.

These articles have got thorough discernment without unclear the readers. BonsaiTreeGardener.net

Flyer printing are done usually to present the company’s new services, sale on products, updates or special promos, so it focuses more on the text rather than the design and presentation. Cheap Every Door Direct Mail only at cheap55printing.com