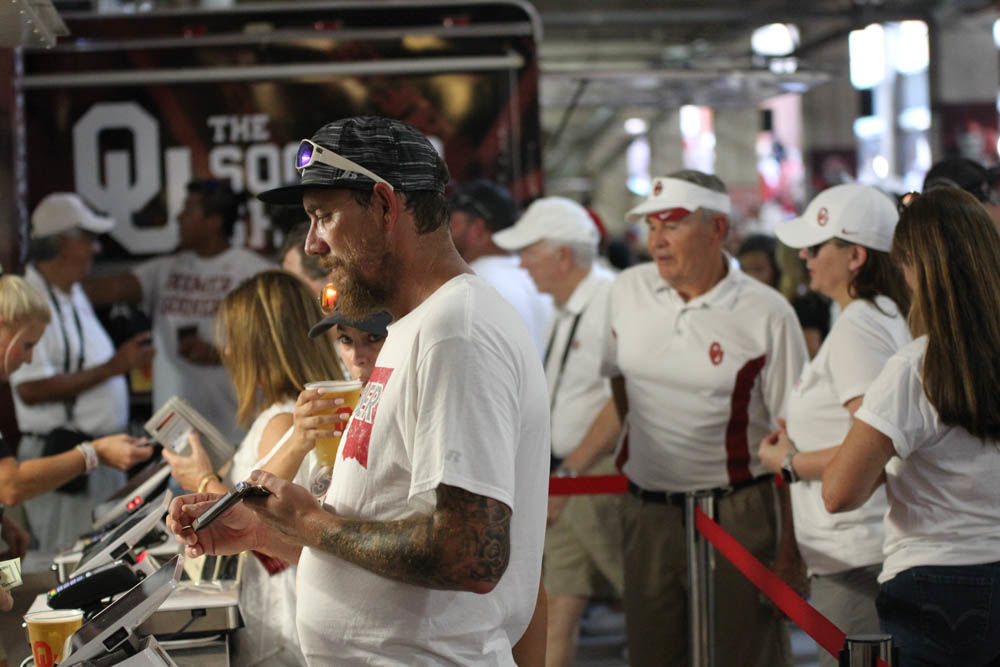 Fans wait in line to order beer before the game against Houston Sept. 1, 2019.

Exact figures for 2019 OU football alcohol sales. The Daily was given this report on Tuesday, July 21.

Alcohol sales at Gaylord Family-Oklahoma Memorial Stadium during the 2019 football season reached $1,298,738.16. The figure comes from an open records request filed by The Daily in December 2019.

"This idea wasn’t driven by some type of revenue windfall that we might make if we opened it up," Joe Castiglione, OU's athletics director, said after the May 2019 Regents meeting. "That’s not what the emphasis is behind this. It was really hearing from fans — quite a few fans — that wanted the opportunity just like they did at a lot of other venues — football, basketball, baseball, whatever it is — throughout the state of Oklahoma as well as places they travel."