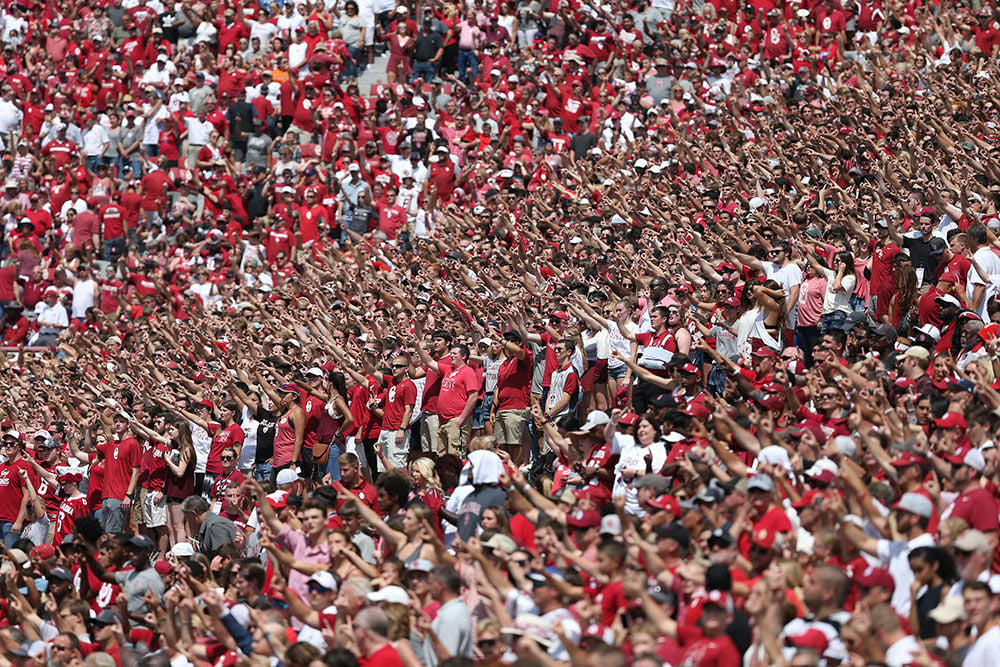 The OU student section holds up the Oklahoma hand sign before the game against UTEP Sept. 2. 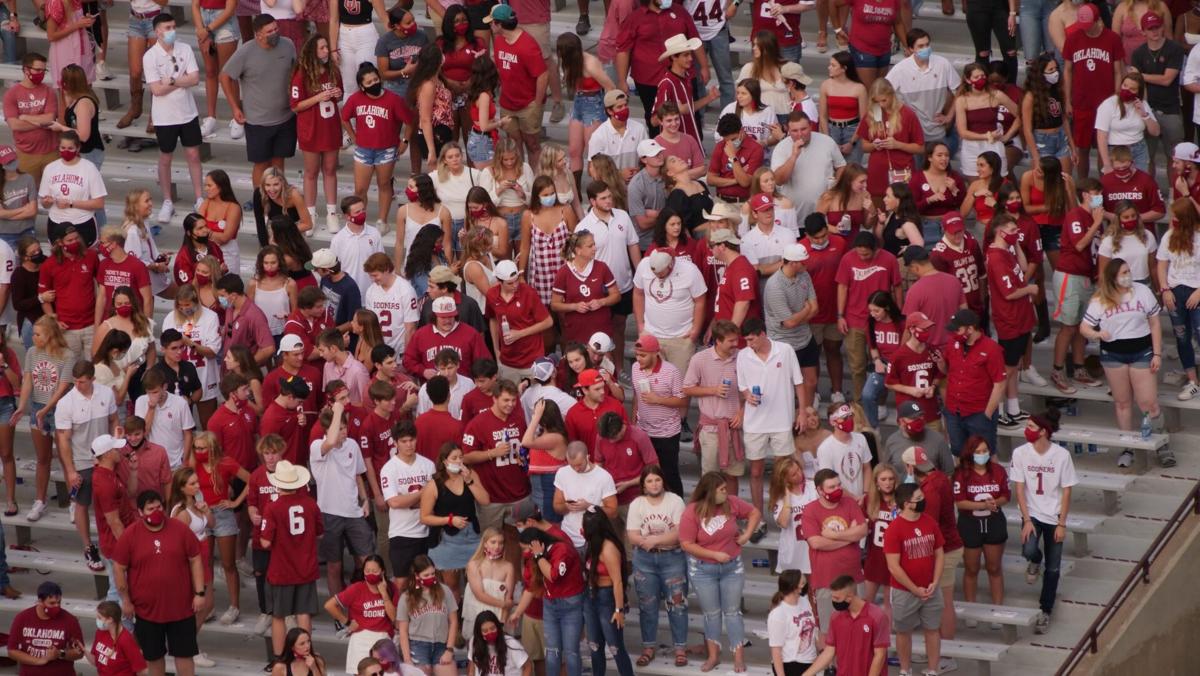 Per the press release, the changes include:

The press release also says security personnel will also be increased for future home games. OU's next match is Sept. 26 against Kansas State, OU's first Big 12 opponent of the season.

OU Athletics said it is also considering "reduction or elimination" of student seating, depending on how well protocols are followed in OU's next game.

"Aside from the steps that are being implemented, the university is considering the possibility of a reduction or elimination of student tickets and seating," the statement said. "Those steps have been tabled pending an evaluation of the new measures that will be implemented for the upcoming game."

The changes come after OU's 48-0 win over Missouri State on Sept. 12, where OU's mask mandate and seating assignments were not followed by the entire student section.

OU athletics director Joe Castiglione sent The Daily a statement Sunday night, saying, "Unfortunately, we had too many fans fall short of expectations, and our message to those individuals is simple: We need you to do better."

Was there a massive outbreak of COVID after the last game of students sitting in the student section? Not that I've seen reported. Sounds like this is being done to appease some folks, and not in reaction to facts.