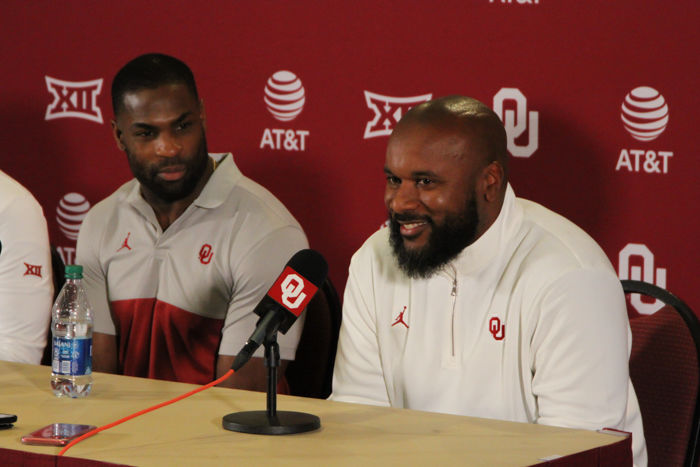 DeMarco Murray and Jamar Cain answers questions during a press conference at the Gaylord Family Memorial Stadium on Feb. 12

A screenshot of OU outside linebackers and defensive ends coach Jamar Cain's proposed salary from the OU Board of Regents' March 10 meeting agenda.

A screenshot of OU running backs coach DeMarco Murray's proposed salary from the OU Board of Regents' March 10 meeting agenda.

The OU Board of Regents will vote to approve the contracts of new Oklahoma running backs coach DeMarco Murray and outside linebackers and defensive ends coach Jamar Cain, according to its agenda for Tuesday's meeting.

Prior to Arizona State, Cain coached defensive line or defensive ends at Fresno State, North Dakota State, Wyoming and Cal Poly, among others.