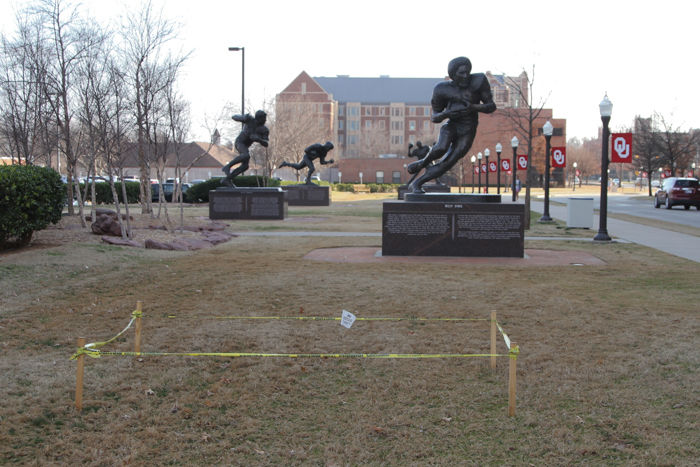 A sectioned off plot for an incoming Heisman statue on Heisman Row on Feb. 17. 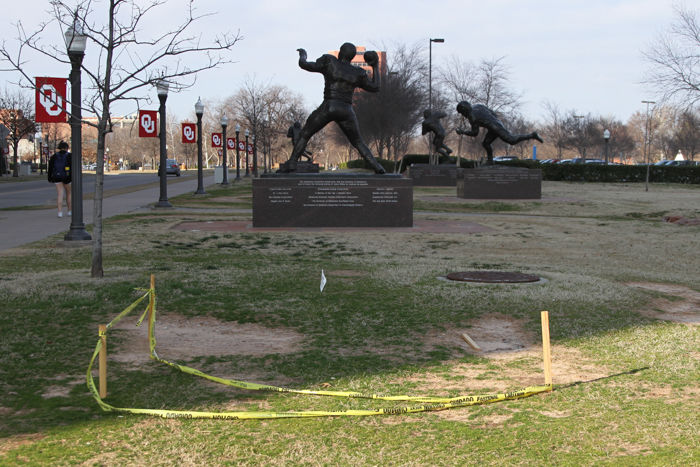 A sectioned off plot for an incoming Heisman statue on Heisman Row on Feb. 17.

Two new plots are marked out in Heisman Park, with one being just south of Sam Bradford's statue and and the other being south of the five statues. A source within the athletic department told The Daily the plots were for 2017 Heisman Trophy winner Baker Mayfield and for 2018 Heisman Trophy winner Kyler Murray. It's unclear which plot is for which former Sooner quarterback.

In a request for proposal the university posted online in September, Oklahoma's athletics department was seeking bids for Heisman statues for Mayfield and Murray, as well as a Selmon brothers statue.

If Mayfield's statue is completed by September's timeline, then it should be ready to be unveiled this year, possibly at Oklahoma's spring game on April 18. Their statues will join former Sooners and Heisman winners Billy Vessels, Steve Owens, Billy Sims, Jason White and Sam Bradford.

The Oklahoma careers of Baker Mayfield and Kyler Murray were capped off by their Heisman Trophy wins in 2017 and '18. Mayfield captured Sooners fans with ...by buyactivefollowers