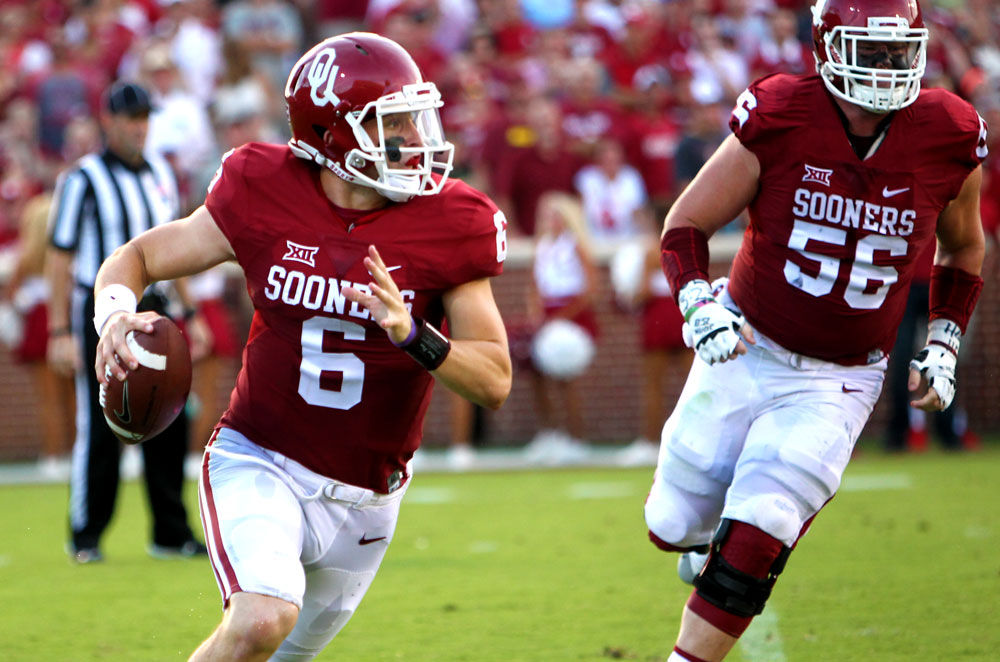 Oklahoma quarterback Baker Mayfield rolls out to his right during Oklahoma's home opener against Akron in Norman, Oklahoma. 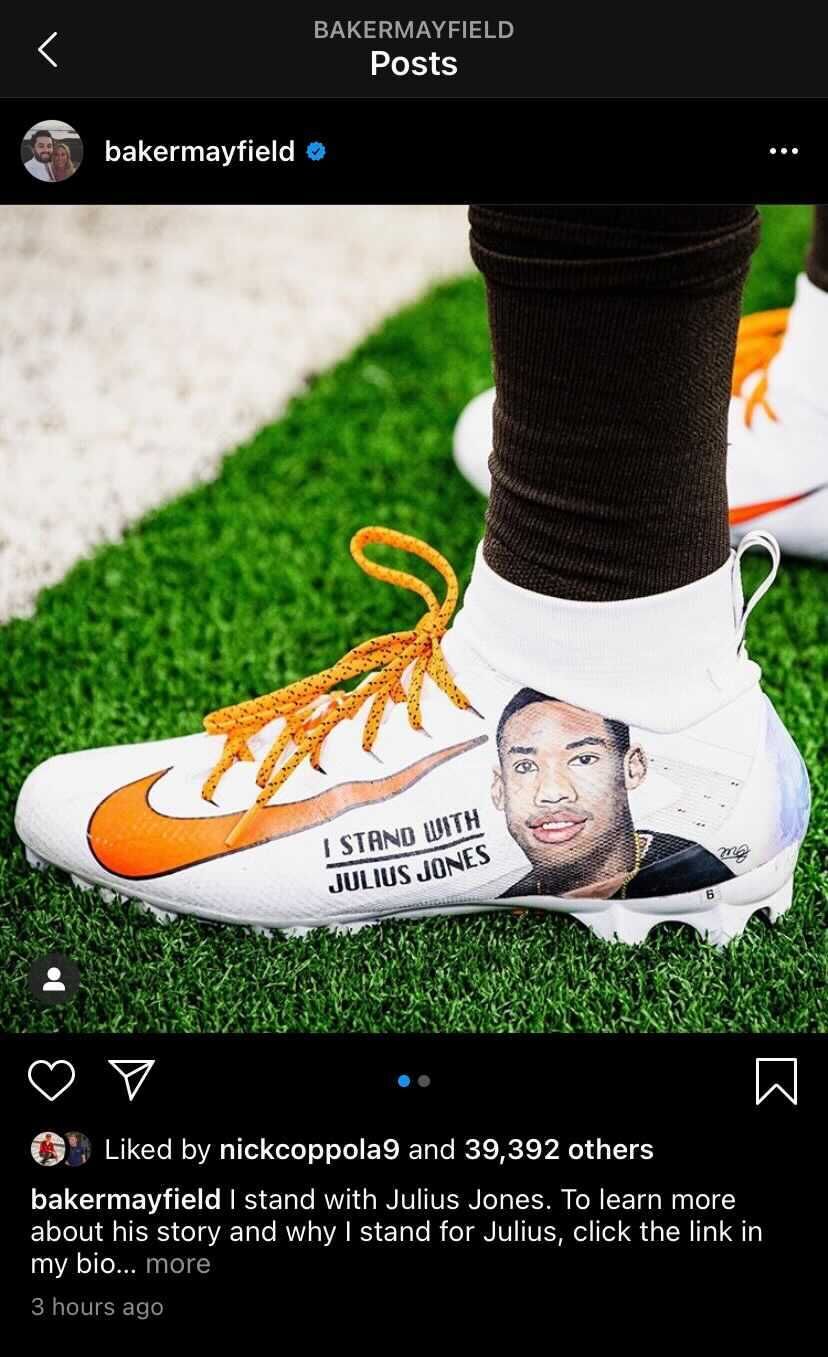 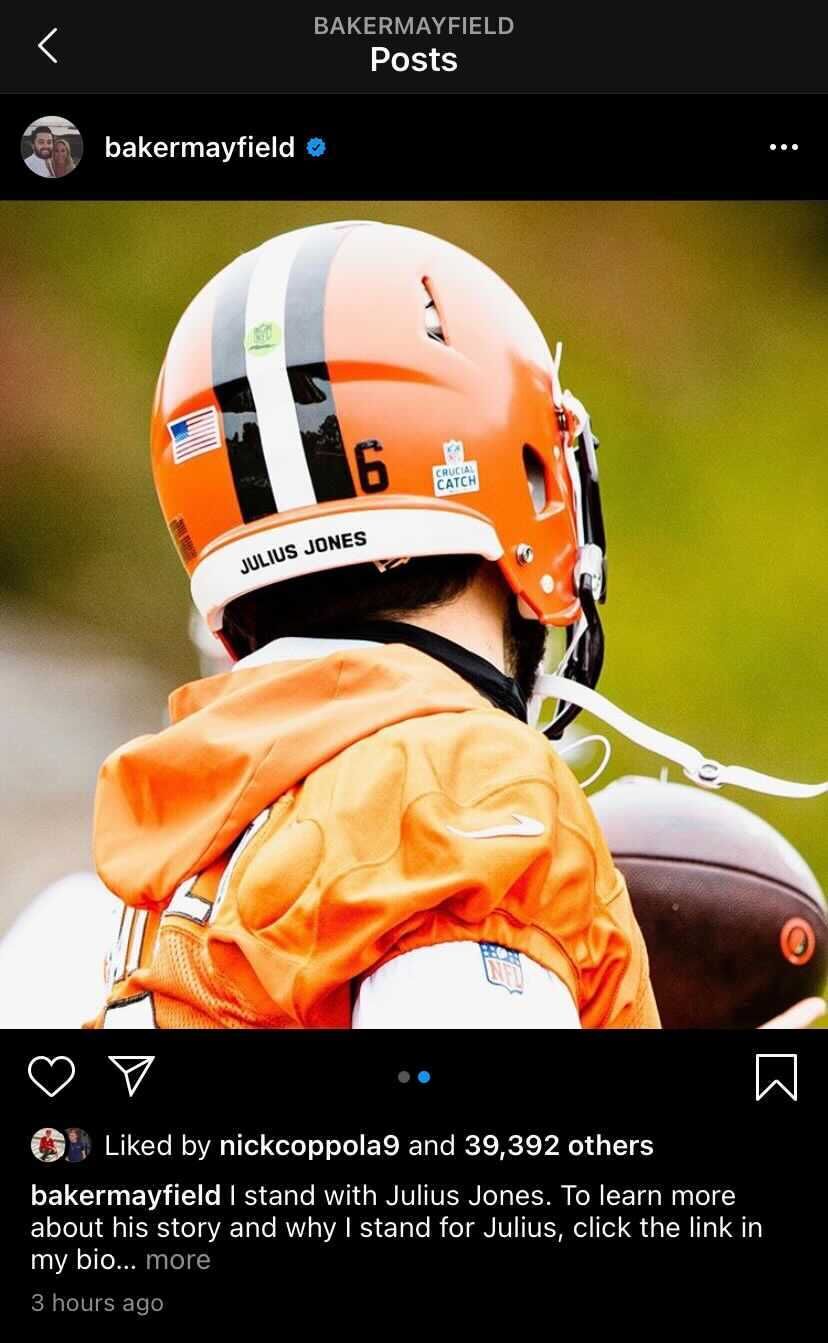 Former Sooner quarterback Baker Mayfield wears a decal of Julius Jones' name on his helmet in an Instagram post on Oct. 14.

Mayfield’s cleats also included the phrase “I stand with Julius Jones” and his helmet had a decal of Jones' name on it. Jones is an Oklahoma resident and a current death row inmate and first-degree murder convict who Mayfield has continued to support.

The Browns’ third-year quarterback wore a decal of Jones’ name on the back of his helmet during a Week 1 game against the Ravens in 2020.  Mayfield, along with fellow former Sooners Blake Griffin and Trae Young, personally wrote to Oklahoma Governor Kevin Stitt in May asking him to review Jones' case.