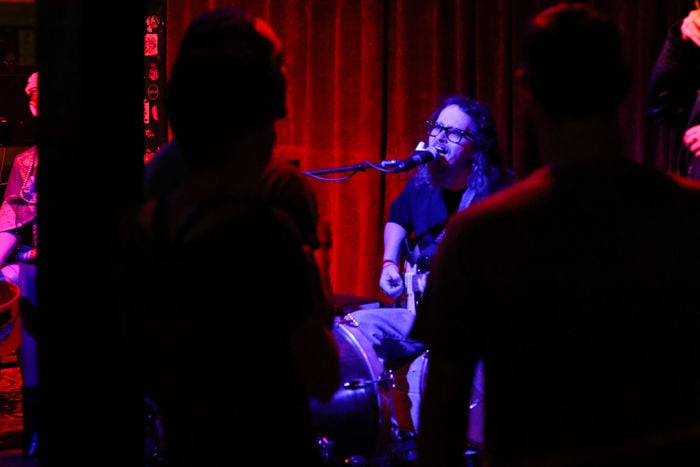 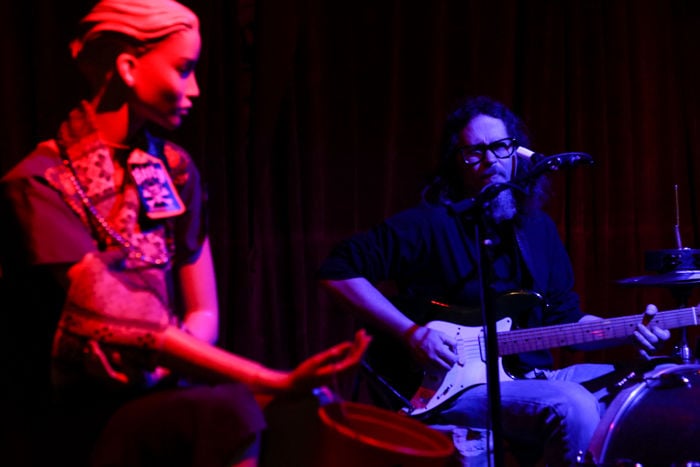 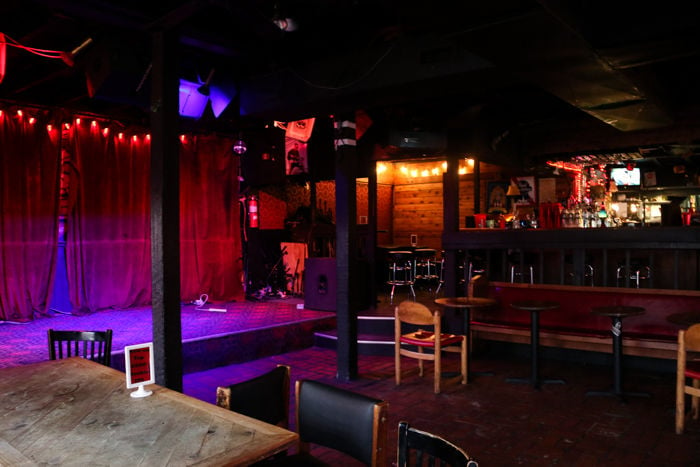 It’s quiet around 4 p.m. at The Deli, save for classic rock drumming through the speakers.

The bartender speaks with the booking agent, who also functions as a promoter and sound person, over a single glass of whiskey. Over time, the regulars shuffle in, including the man who built the bar and stage more than 30 years ago.

In a few hours, the recorded music gets dumped for a live band. This is one day out of the 365 the bar is open for live music.

The Deli is one of Norman’s last true dive bars, if not the last — both Deli rats (regulars) and those who’ve just walked in the glass door will say so. It was also the first bar in town to play live music seven days a week. Today, it’s the only one.

This weekend, the bar will celebrate "at least" 40 years of live music, including musicians and bands who played in the early days to the regularly scheduled musicians throughout the week.

Tobias Schiele, the booking agent who functions as a publicist and sound man, said the reason The Deli is having the celebration now is because the owners wanted to have it last year, but never had the time (mostly due to football season).

The celebration will be from March 29-31, kicking off with My So Called Band at 10 p.m.

“You should talk to Bob”

Bob McIntosh has spent roughly 30 years behind the bar at The Deli, making it through two owners, several bartenders and decades of wild stories, bar fights and famous people walking through the door.

He also seems to know just about everything anyone would want to know about The Deli.

McIntosh said The Deli’s roots go back to the 1950s. Back then, the man who owned the space where The Deli is now had a donut and coffee shop in the building, and would have musicians play in his restaurant every once in a while.

“‘(He said) I’d have some guy playing a guitar in here for quarters, throwing them in a bucket,’” McIntosh said.

In 1972, it became Deli City, a restaurant that would play live music intermittently.

Bill Richards, another bartender at The Deli who’s worked at the bar for about 19 years, said people used to sit on top of the sandwich tables and listen to the live music.

In the 80s, though, The Deli made the switch to being a full-time bar and live music venue. Over time, the sandwich tables and kitchen were removed, and the bathrooms moved to the back and were replaced with more seats.

Despite these changes, alumni will still say The Deli looks the same.

“Everything changes, but everything stays the same,” Richards said. “If something breaks, we, The Deli, fix it with duct tape and whatnot and make it work. We wouldn’t be going on for so long if people just didn’t love it.”

Now, The Deli is the oldest standing location on Campus Corner. The open floor by the stage is made up of bricks from Ada, the wall closest to the stage is covered in stickers from bands past, and some of the decorations hanging on the walls belong to current owner Lori Treisa’s grandmother.

Some of those details, though, may go missing inside the dark dive bar. Once the sun sets and the older Deli rats go home, red and blue lights illuminate the stage and the bar comes to life.

The soulful sounds of Caleb McGee and The Underdogs pour out of The Deli on March 19.

Although the crowd is thin, the group performs like the bar is completely full — and the 10 or so people inside cheer, whoop and holler as if it’s a sea of at least 50.

McGee, 34, a Norman local, said he used to stand outside the 21-and-up venue and listen to the musicians perform when he was 14. After he received his first guitar, music was the only way to go.

Another factor in his pursuit of music decision was listening to local musician Mike Hosty perform at the VFW on Main Street.

“(I) just stood there in shock,” McGee said. “That’s when I knew this is what I wanted to do.”

Hosty first played at The Deli in the early 1990s with a band he formed at OU.

“That’s my first gig and we were awful, just terrible,” he said.

After he graduated around 1992, Hosty said he looked for jobs but the market was tough. He continued to play music, though, playing at fraternity and sorority parties on campus.

He also played guitar with another local musician, Ike Lamb. Once Lamb left, though, the Sunday evening slot opened up and The Deli offered it to Hosty — he then became a one-man band.

Over time, Hosty became a trademark of Norman and The Deli, representing the college town wherever he went and becoming a familiar face. No matter where he goes, though, The Deli will always be home.

“It’s always nice to come back home somewhere you can ride your bike around town,” Hosty said. “It’s fun to go to places like Colorado, Memphis or these other places I play and see people who went to OU and they remember. It’s fun to remind them. They go, ‘You’re a reminder of our hometown.’”

The Deli is also home to McGee.

“It’s great to come home off the road and come to a place where you know people, where you might know the band who’s playing, you might not, but your friends are going to be here,” he said.

Whenever Hosty encounters alumni, or people walk into The Deli, they say nothing has changed. Hosty said it’s because The Deli stays true to what it is: “a five-star dive bar.”

Hosty, Richards and a few others also attribute the feeling of home to the people who work there and the patrons.

“It’s the people that go there who are local people and keep business local and insular,” Hosty said. “It’s not part of the interstate culture that seems to dominate all college towns these days. It’s an actual local place that’s locally owned, they’ve got local beer. It’s people and communities, they do events for people ... It’s one of those businesses that makes Norman different and distinctive.”

McGee said The Deli also gives people a space to be themselves. And while it’s home, the bar is also a place of business.

McGee and his band currently plays Tuesday nights around 7 p.m., which used to be when Purcell native and up-and-coming country star Parker Millsap played before he signed with a record label.

But Millsap isn’t the only one to find success from playing at The Deli.

Many bands or musicians who have signed with Red Dirt played at The Deli. They include, but are not limited to Millsap, the Turnpike Troubadours and Travis Linville.

McIntosh speculates that some of the regulars who play now, like the Monday night regulars The Aints, will also get picked up by the label. He said that Norman just has really good musicians.

“Norman is spoiled — they have a sickening wealth of musicians,” McIntosh said. “Normanites simply do not realize how fortunate they are to have some of these guys around. Some of the guys that play on that stage are as good as anybody anywhere.”

Richards said as long as a musician is talented, they can play at the bar.

For McGee, it means he’s made it.

“It’s f—king amazing, you know? It’s what I’ve always wanted to do,” he said.