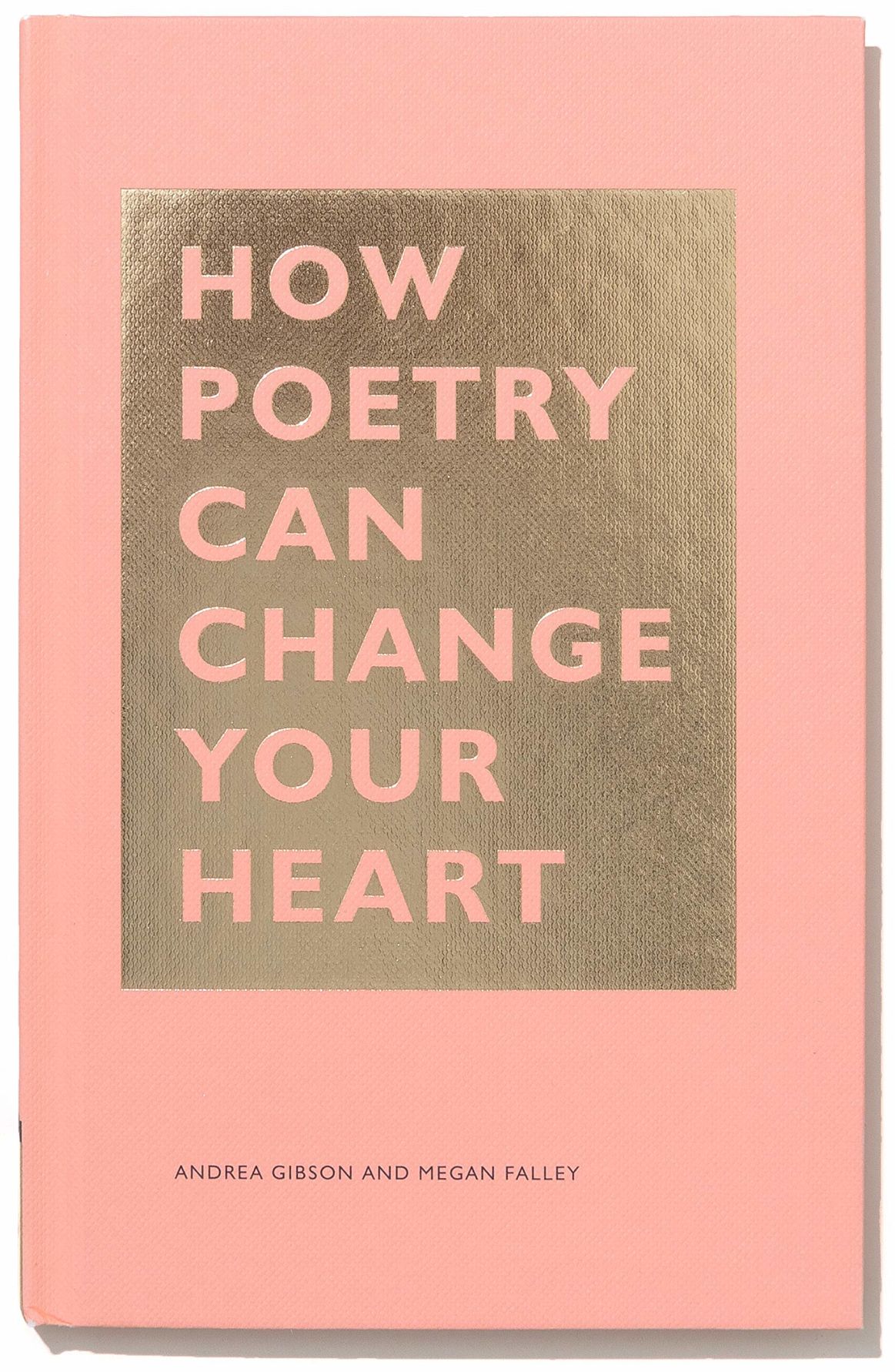 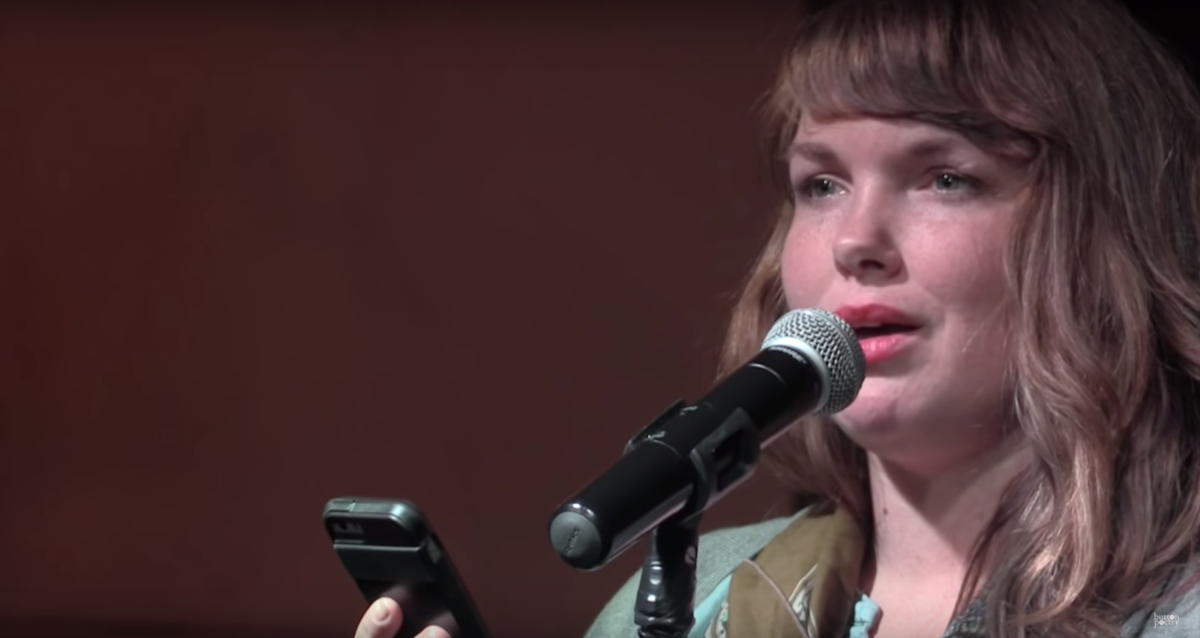 Lauren Zuniga performs "Things That Happened to Me in High School" at Women of the World Poetry Slam in Albuquerque, New Mexico.

Lauren Zuniga performs "Things That Happened to Me in High School" at Women of the World Poetry Slam in Albuquerque, New Mexico.

One of the nation’s most notable poets and spoken word artists, Gibson will travel across the United States this fall and give one performance in Oklahoma.

In 2008, Gibson was the first winner of the Women of the World Poetry Slam, and they have released five books to date, according to their Button Poetry bio.

Gibson’s latest collection of poems, “Lord of the Butterflies,” was published in 2018. It was distinguished with awards from the Independent Publisher Book Awards, Midwest Book Awards and the Eric Hoffer Book Award.

The show also will feature Oklahoma City poet Lauren Zuniga, founder of Oklahoma Young Writers and 2012 Activist-in-Residence at the Center for Social Justice at OU, according to her bio. Her latest release was in 2012 with her book, “The Smell of Good Mud.”

Tickets are available online for $22.

In anticipation of their upcoming performance, The Daily spoke with Gibson about their poetry, career and tour.

Q: How did you get started in spoken word?

A: I discovered spoken word 20 years ago at the Denver Poetry Slam. There were a lot of local Denver poets who were my first inspirations and they still, today, are some of my biggest influences. It's rare that I write a poem now without hearing their voices and styles in the piece. After traveling to national events with the slam team for several years, I began to get invited to perform at slams around the country, and after doing that for a bit I began to get invitations to universities. Aside from the incredible local poets who first got me writing, my biggest early influence was the poet Patricia Smith. She is arguably the greatest spoken word artist on earth, and her work convinced me this art form had the power to be a big factor in changing the world.

Q: What's it like being a touring spoken word poet, and what are your favorite aspects of the career?

A: I feel immensely grateful to have had the opportunity to tour for so long and to have spoken word be such a daily gift in my life. It was nothing I ever dreamed was possible until my first tour. I travel with my dogs and with people who I love, so the lonely aspects of being on the road ease some, but for the most part I love it. I love the people I get to meet each night, and I love how many artists I have the chance to collaborate with throughout a long tour, and I love creating events that are communal and welcoming.

Q: What will you read during your set?

A: My set includes poems from “Lord of the Butterflies,” as well as some much older poems, and poems that are new and have not yet been published. That said, I don't perform the same set each night. I perform poems that are up for me that day, and that changes depending on what's happening in the world and what's happening in my emotional world from moment to moment.

Q: Have you toured in Oklahoma before? Why did you want to come back?

A: I've toured through Oklahoma quite a bit, and I love performing in OKC as it's a city that seems to get very excited to support artists. It's also home to some of my favorite poets — Lauren Zuniga, for example, who will be opening the show. Lauren and I have done several performances together in the area, and around the country, and she's one of my favorite people to put on a show with.

Q: You're one of the most-viewed spoken word poets on YouTube. As the medium grows, what are the challenges of being a poet who reaches such a wide audience?

A: For many years, I thought spoken word was an art form that could only be truly experienced live. To read spoken word in a book, or to hear it on an album, never quite brought the magic to life for me. But with video that has changed a lot, and I think it's wonderful. Video is the next best thing, I think, to seeing a live performance, and it's giving many, many more people access to the power of spoken word. Through video I've also had the chance to do some beautiful collaborations with videographers and musicians and dancers and visual artists that I look forward to doing more of in the future. As for the challenges of reaching a larger audience — whatever challenges that have thus far arisen for me because of that, I'd be more inclined to call blessings.

Q: What do you want people to feel when they see your tour? What is the message you want everyone that hears your poems to take home with them?

A: I've always loved the idea that "art should comfort the disturbed and disturb the comfortable," and that speaks to the tone of most of my shows.

Q: As someone with lots of experience in poetry, what is your advice to younger writers, poets and artists?

A: Dare to make art that nobody loves but you. Even when the truth isn't hopeful, the telling of it is. The process is the most vital part of all creating — not the outcome. Love what you do.