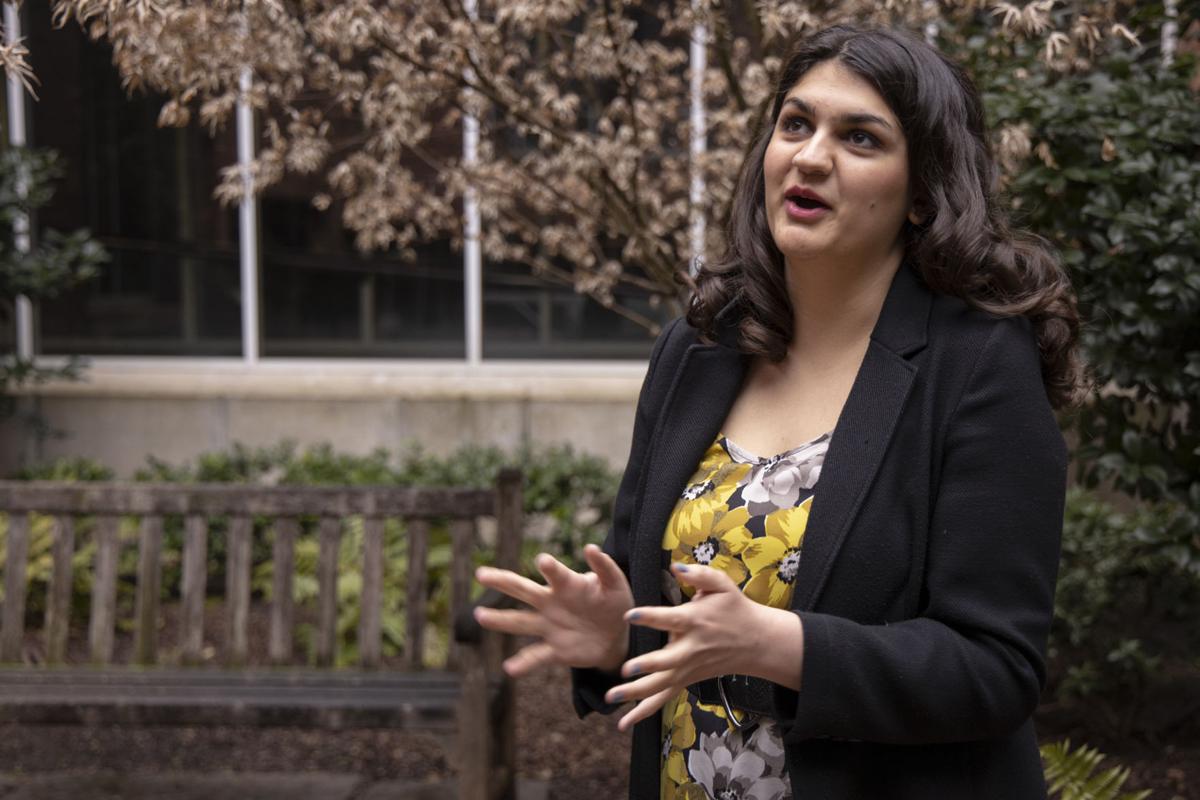 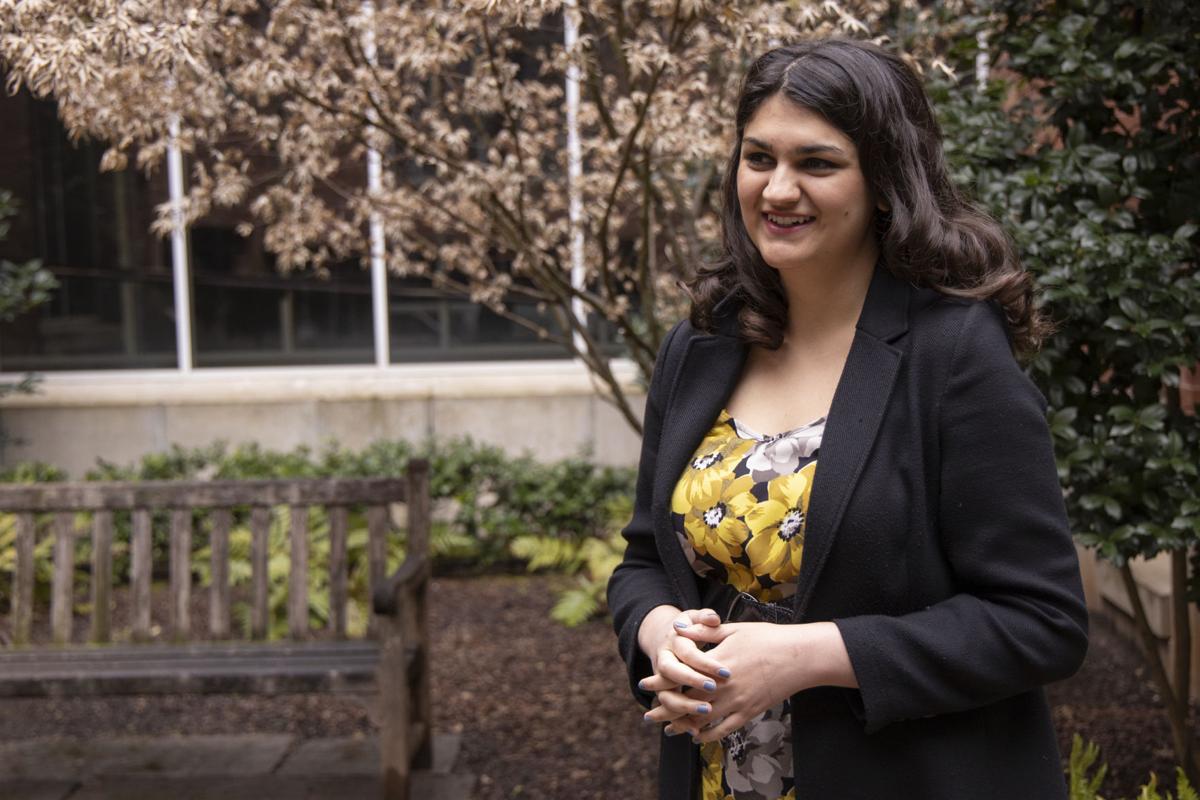 Update: The OU School of Music has canceled all scheduled recitals, concerts and other performances for the remainder of the semester due to coronavirus, according to its website.

When viola performance senior Freya Downey was in fifth grade, she told her dad music was not her future.

“I told him, I was never going to be a musician,” Downey said. “I was going to be a veterinarian, and he was like, ‘Oh we’ll see about that.'"

Now, after playing the viola for 11 years, Downey is preparing to graduate. Before she can walk across the stage in May, however, she has to assemble and perform a solo recital.

The senior recital is the second half of the senior capstone for students in the School of Music. In addition to writing a research paper, students studying performance or music education are required to perform a recital that they put together themselves.

“I have to go through and translate all the language and make sure I know how to pronounce it correctly before I start learning the music,” Naik said.

The requirements are less rigid for instrumental musicians, Downey said. The recital is 45 minutes long, and she is required to play one piece from memory.

“It’s not any different from preparing for any other type of performance,” Downey said. “It’s just more repertoire.”

As students are able to select their own pieces, Naik said they are able to pick works that are meaningful and fun to them.

“I have a friend who is putting a bunch of jazz on his recital, and I have another friend who is doing more musical theater on theirs,” Naik said. “People adjust it to how they want to make their recital, so long as they meet the requirements.”

Naik said she chose recital pieces that are interesting to her, with dissonant chords and cool rhythms. She is working on a set by Florence B. Price, the first African American woman to have her work performed by a major symphony orchestra, the Chicago Symphony.

Naik said that by having the freedom to select her own performance pieces, she can include repertoire that is often overlooked and not used by larger ensembles.

“It’s great to do female composers’ works and people of color's works because a lot of those aren’t done nearly as much in the classical music world,” Naik said.

Downey chose two recital pieces before she even began her time at OU.

“I kept a promise to my 16-year-old self that I would play the Walton and the Schubert concerto in a recital my senior year,” Downey said.

Preparing for a recital varies for each student. Most start a year before their recital, selecting their repertoire and learning pieces, Naik said. She learned some of her pieces last fall but has the majority of her recital to learn this semester.

Naik said she practices with her vocal coach, her main professor and her accompanist each once a week, but she practices by herself every day of the week.

Downey also practices every day. She said she works on memorization, which requires her to play pieces of the song again and again.

“I play them through five times perfectly, really extra slowly,” Downey said. “Doing that every single day and playing through everything really slowly in a super repetitive fashion so that you’re really ingraining the muscle memory in your mind like a blueprint, it’ll never leave your memory.”

Downey said the OU faculty helped her understand her pieces and what they mean to her, allowing her to discover her own interpretations of the pieces, but mostly, they let her have free reign over the process, offering advice when needed.

“The purpose of a teacher in music is to teach you how to teach yourself in the real world,” Downey said.

Elizabeth Avery, associate professor of music and vocal coach, said she works with the singers on their diction and interpretation of their songs. She said it is rewarding to see the final product of months of preparation.

“It’s also a huge feat — mentally and physically — to sing an hour of music memorized, with good technique, diction and interpretation,” Avery wrote in an email. “So it really requires the students to push themselves beyond their perceived limitations and to give their best under pressure.”

Avery said the recital process creates a sense of self-confidence in the performers, which can prepare students for future careers in music.

“Our students aren’t just talented — they must work incredibly hard if they want to have a successful and fulfilling career,” Avery said. “It requires deep commitment and unwavering courage to keep going when things get hard or we face rejection.”

Naik said the recital process allows her to learn new things about various styles of music.

“Every time you learn a different piece of music, you learn some new strategy for learning music, because there’s things you haven’t encountered before,” Naik said.

Sarah Spurlin, vocal performance senior, put her recital together in three months. Spurlin, who performed her recital last November, said she learned how to get out of her head in between sets, which enabled her to give her best performance.

“I learned really well how to center myself in between each set, because each song and each set is a different mood,” Spurlin said. “It’s different feelings you are trying to convey, and it’s really emotionally exhausting.”

In addition to learning about music, Downey said preparing for her recital allowed her to discover new things about herself.

“You learn about yourself in a soulful way, I guess,” Downey said. “The music becomes a part of you the more you work on it.”

The senior recitals also prepare students for their futures. Spurlin said she’s glad she did her recital in the fall because she has multiple pieces already prepared as she applies for graduate school.

“Doing my senior recital in the fall has given me a whole slate of new (repertoire) to take to my graduate school auditions, and a lot of it is lesser done, which makes me stand out from other people who do the same stuff,” Spurlin said.

Naik said the recital process has helped her understand how to learn the music correctly, which will help her in future jobs.

“Learning music is going to be like 75 percent of my career, that and auditioning and hoping I get hired,” Naik said.

While the recital is necessary to graduate, it’s not the part that is graded. Two weeks before their assigned recital date, seniors perform pieces of their repertoire in front of a panel of professors. If students pass this preview, then they can perform their recital and finish their capstone.

Spurlin said the recital itself can be daunting, but it’s a low-pressure situation.

“It’s nerve-racking because you’re getting on stage and bearing your soul in front of a bunch of people,” Spurlin said. “But the thing you have to pass is the preview, and then the recital is just for you. The recital is how you have fun.”

Students are responsible for advertising their recital themselves. Naik said she plans to make a Facebook event, hang posters in the School of Music buildings and tell everyone she meets to come to her performance.

She said the recital is a culmination of months of work, and it’s rewarding to perform it to the community.

“Now I get people to actually see it, so it’s actually worth it,” Naik said. “It’s not just me singing in the practice room to a wall.”

Naik said the recital is also a way for a musician to thank their friends, family and professors for their involvement in the student’s education.

“This is a thank you for you helping me get to the point where I can put on this length of recital,” Naik said.

Spurlin said a recital is very intimate and personal, but should also be shared.

“It’s a big deal to do a recital and if you get the opportunity to go to one, you totally should," Spurlin said, "because that’s a lot of work your friend has been putting in and they just want to show it off."