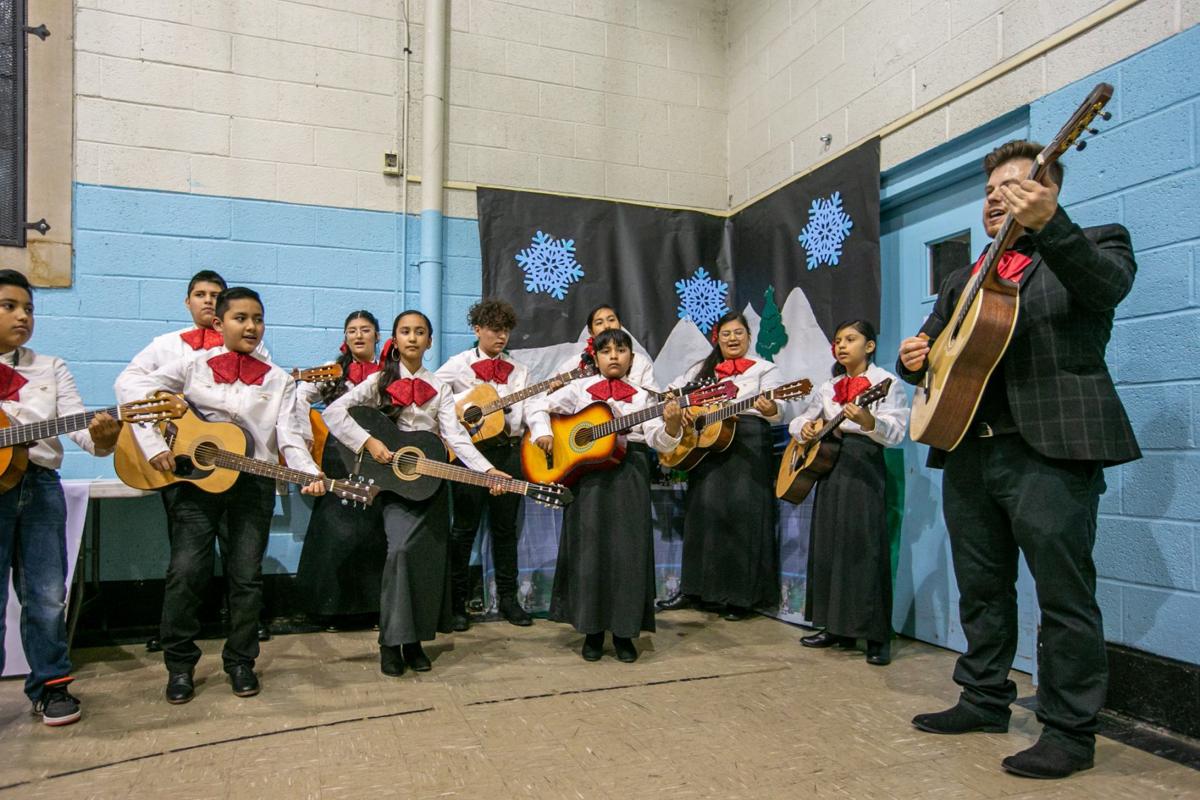 An instructor and mariachi group from Academia OKC perform at a Christmas party Dec. 4, 2019. 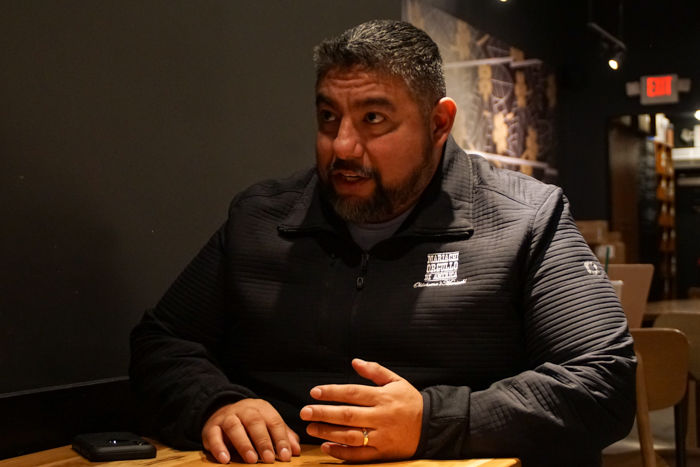 An instructor and mariachi group from Academia OKC perform at a Christmas party Dec. 4, 2019.

The piercing sounds of a violin and a guitar, accompanied by the buzzing of a trumpet, fill the air as students listen to their instructor. This is more than a musical performance, it’s mariachi — a celebration of Latin culture.

Academia OKC, a nonprofit organization based in Oklahoma City, offers free in-school and after-school mariachi programs for inner-city students. Some organization instructors are OU alumni and students who encourage young people to embrace Hispanic culture and learn more about music through the programs.

Alex Irwin, OU music composition and psychology freshman, and a former instructor for the after-school mariachi program at St. Luke’s Asbury United Methodist Church, said the programs are important because they allow young students to learn music and embrace a cultural experience.

“Not only are they getting to learn music, but they are also learning and expressing a part of their cultural identity," Irwin said. "The music is so much more than just notes on a page, and that's part of why it's so important.”

Irwin said he was drawn to teach in the program after playing with the band Mariachi de Orgullo while he was at Norman North High School.

Irwin said his love of music began at the age of 4 when he took violin lessons, and he loves teaching children and encouraging their musical passion.

“In this program, I see kids who don’t know yet how to play their instruments, but who are so eager to learn,” Irwin said. “It reminds me of why I started music and why I continue to love being involved in it.”

Mariachi is deeply rooted in Hispanic culture. This genre of music is a reflection of cultural music blending from Spanish, African and indigenous Mexican musical traditions during the 16th century, according to West Music.

Robert Ruiz, president of Scissortail Community Development Corporation, which oversees nonprofit organizations including Academia OKC, helped create mariachi programs in Oklahoma City in 2005. Ultimately, this led to Academia’s creation in 2015. Ruiz is also a vocalist, trumpet and vihuela performer for Mariachi Orgullo de American, a mariachi band that has performed for the governor, the OKC Thunder halftime show and on the floor of Oklahoma’s House of Representatives, according to the band's website.

“The whole idea was to continue to develop programs and to start new programs to expand into all the predominantly Hispanic schools in Oklahoma City public schools,” Ruiz said.

Ruiz said an important aspect of these programs is how their work brings the arts to individuals who may be unable to afford after-school programs or private classes. The program serves low-income students, and many of the participating schools offer general art programs but lack programs that provide cultural relevance.

“We were looking to show that students in these schools were capable of performing at a high level, that parents could be engaged at a high level, and demonstrate what culturally relevant curriculum looked like,” Ruiz said.

“Mariachi music is not just about teaching an instrument or teaching a particular repertoire,” Ruiz said. “There’s so much more that goes into it — it's such an important part of the culture.”

Shay Sienkiewicz, an OU alumna with a master's in music education, has worked as an instructor at Academia for two years and began teaching orchestra, but she switched to mariachi last year. She now works with the after-school mariachi program at the Cristo Rey Oklahoma City Catholic High School.

“It’s really opened my eyes to what it means to make community music and how important it is for any person, no matter what culture you’re coming from, to learn different styles of music,” Sienkiewicz said.

Despite the program’s success with engaging young students and an abundance of eager instructors, funding remains an issue.

Oklahoma City Public Schools made the decision to shift grant funds at Roosevelt, Webster and Jefferson middle schools from Title IV, a federal education grant that utilizes resources such as technology enrichment, to Title II, a federal education grant geared toward teacher training and development, which ended the mariachi programs at those schools. This caused the current programs to host less than a third of its past students, Ruiz said.

Ruiz said an important way to raise money for this nonprofit organization is to find community members who are willing to invest in the program. Academia has an active partnership with the Oklahoma City Philharmonic and receives funding from private donors including the Kirkpatrick Foundation.

Ruiz said funding is the top concern for the program.

Ruiz said, due to the loss of funding, Academia has consolidated into a new after-school program at St. Luke’s in place of the programs at Roosevelt, Webster and Jefferson middle schools.

For Sienkiewicz and Irwin, the best part of working with Academia is witnessing students learn how to play a song and eventually play the song flawlessly.

“We have a lot of different levels, and to watch everything come together at the first time when they can play through the whole song — it’s really exciting to see,” Sienkiewicz said.

The programs will perform a concert as part of the seventh annual OKC Cinco de Mayo Festival at 1 p.m. May 3 at Scissortail Park, located at 300 S.W. 7th St. in Oklahoma City.