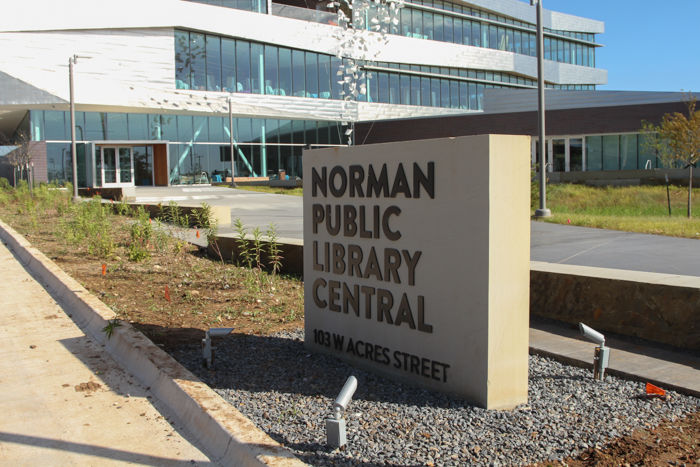 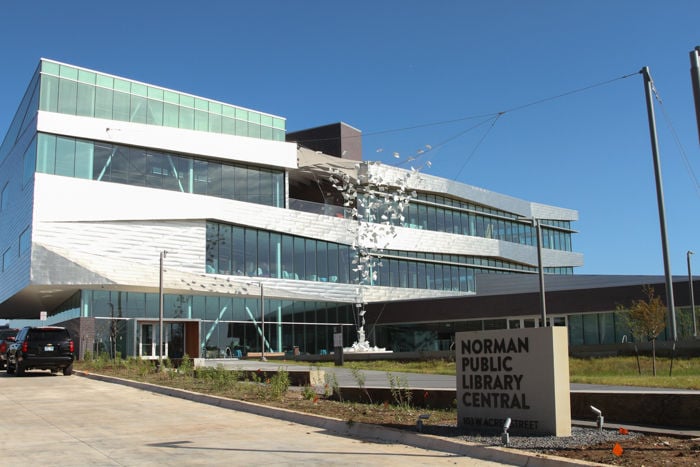 Norman’s Pioneer Libraries will begin a new era with a grand opening of a recently finished facility in Downtown Norman on Nov. 3.

The new Norman Central library is one of 11 libraries in the Pioneer Library system and will be 80,000 square feet with study spaces, meeting rooms, a local history and genealogy research workspace, a Friends of the Library bookstore and more, according to Pioneer Libraries’ website. Norman Central will be Norman’s third public library.

The project began in October 2015 when 72 percent of Norman voters passed Norman Forward, a citizen-initiated proposal to renovate, expand, construct and fund quality of life projects, including libraries, parks and public art, according to the City of Norman. The library is funded through Norman Forward, with a temporary half-percent sales tax increase.

Prior to Norman Central, the most recent library in Norman is Norman East, which was finished in summer 2018, according to Pioneer Libraries.

Caroline Dulworth, the associate director of the Pioneer Library System and branch manager of Norman Central, said the Norman community helped bring the library to life.

“We had community meetings to find out what people wanted considering architecture: some wanted traditional great reading room type or modern type of building, we ended up combining the two for the finished product,” Dulworth said.

The new library will include three floors designated to specific genres. The first floor holds DVDs, newer books and a children’s area, the second floor features teen and fiction books, and the third floor has nonfiction, large print and genealogies, Dulworth said.

“Each part of the library is built for different interests,” Dulworth said.

The library will have a new collection of 50,000 books plus the collection from the old library, Dulworth said.

Libraries are a space for people to use meeting rooms, take classes, meet with study groups — and of course — read, Dulworth said.

The new library will have spaces to make music, 3D-print and study, and an outdoor patio, Dulworth said.

“Study rooms can be helpful for students who aren’t on campus all the time. (On) each floor we have two or three different study rooms that you can reserve to study. You can bring a study group and use the room without worrying about being too loud,” Dulworth said.

The new Norman library has an extensive database collection that the community can use. Digital books make up 20 percent of the library’s book collection, Dulworth said.

The library will provide upcoming community events, such as the Galaxy Writers event in April that presents poetry or having visitors from other countries come for cultural events and groups, Dulworth said.

There is also a Science Cafe throughout the fall, and a speaker series called Great Decisions, featuring discussions about issues around the world in the spring, Dulworth said.

“I hope people will see something here to check out and get involved, and see that it is more than just a big building full of books,” Dulworth said.

All items checked out from the Norman Central library, including seven-day checkouts, will have November due dates and can be returned after the new building opens, according to Pioneer Libraries’ website.