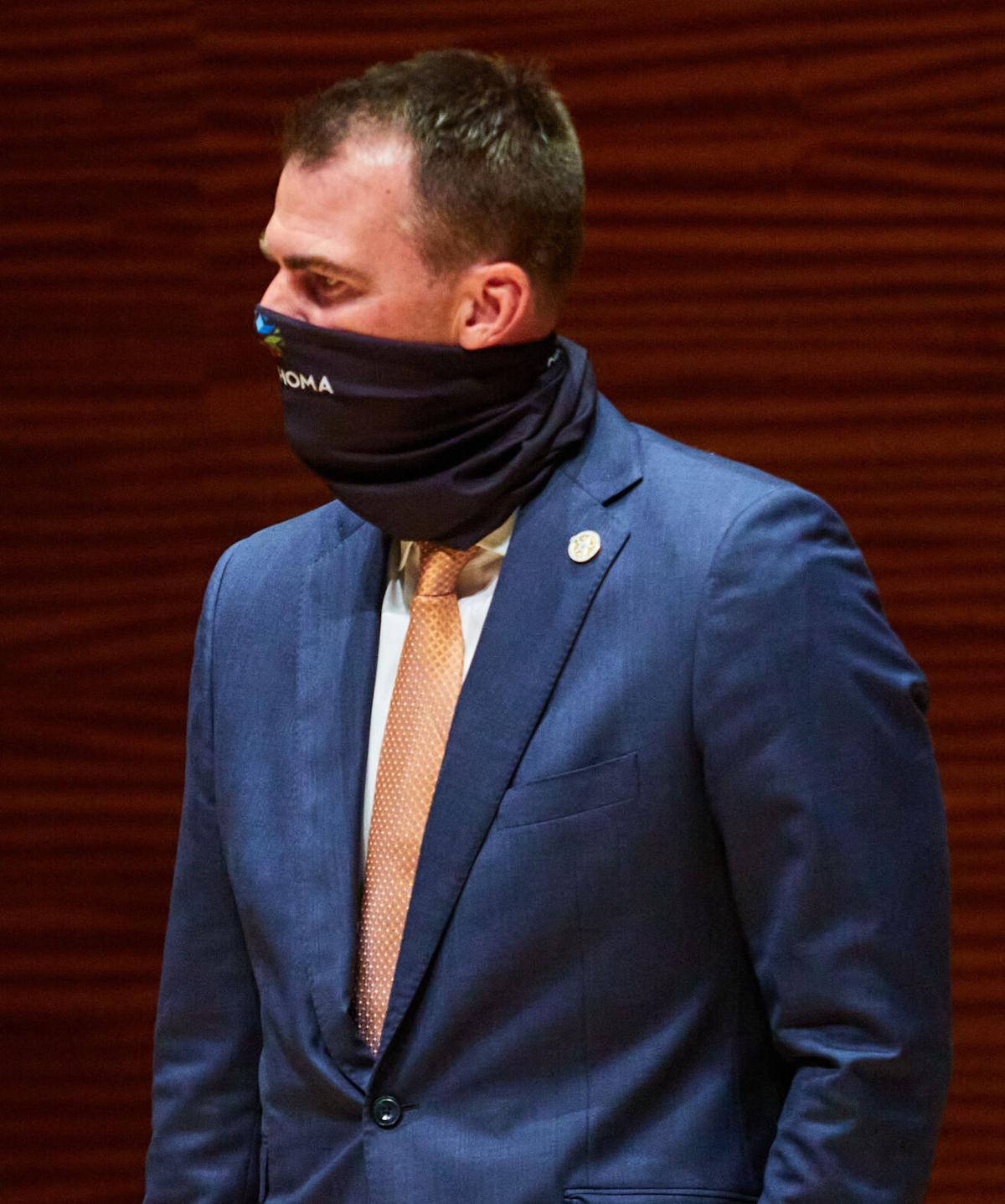 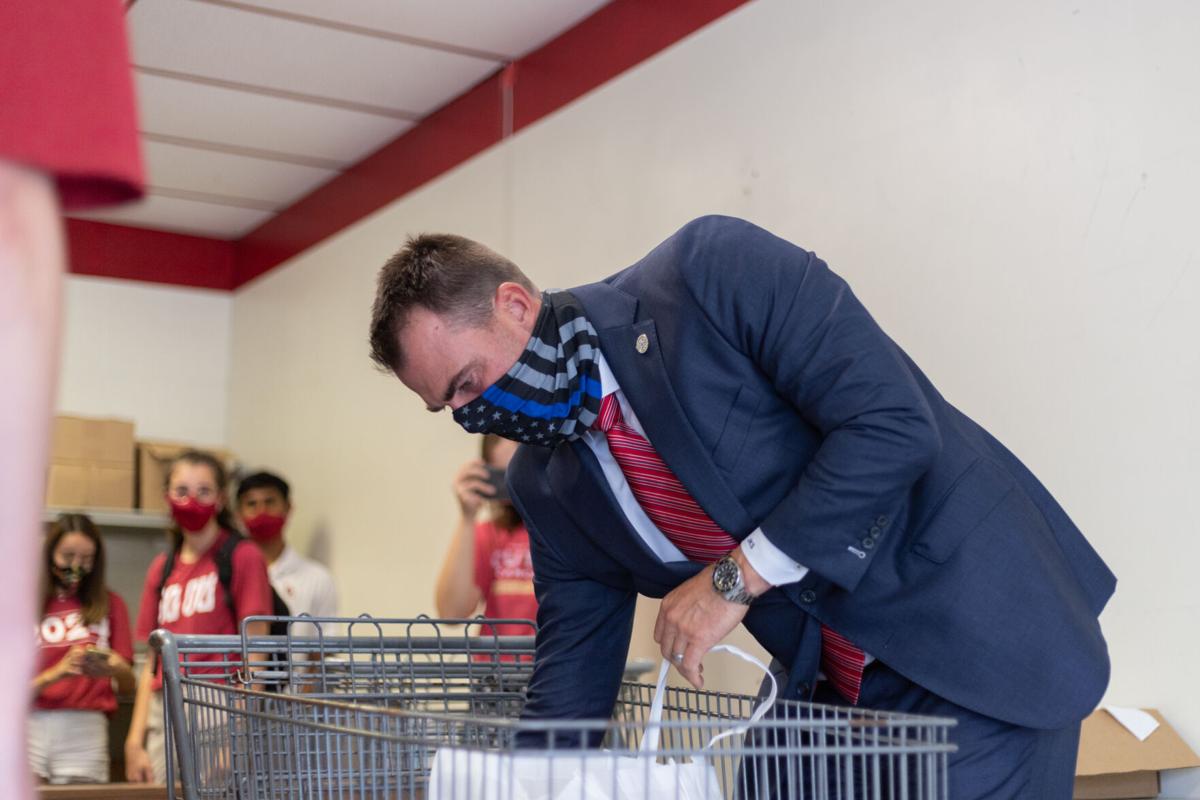 Oklahoma Gov. Kevin Stitt broke OU’s masking policy during his Monday visit to OU’s Food Pantry by wearing a neck gaiter. Stitt wore a gaiter from “Thin Blue Line USA” — an organization in support of law enforcement — in a town that continues to discuss police reform amid national conversations regarding police brutality.

Mayor Breea Clark said in a July 2 interview with The Daily she continues to meet biweekly with a task force of various community partners as Norman decides how to best utilize these new community funds. She said she hopes to continue mirroring larger cities’ efforts to reform their police departments by fostering a relationship between medics and crisis workers.

According to OU’s mandatory masking policy, all individuals must wear fabric or disposable surgical-style masks that cover their nose and mouth in indoor university facilities unless community members are alone and in a private space, eating, drinking or playing an instrument or singing as an academic assignment. If outside, individuals must wear masks when proper social distancing is not possible.

Sttit wore his neck gaiter inside the food pantry while talking to members of its executive team and OU President Joseph Harroz. No one from OU checked his face covering before the event or asked him to change into an approved mask, according to a statement from his office.

Earlier that same day, Stitt visited OSU, urging residents to take precautions amid a spike in COVID-19 cases that closed Stillwater schools. Stitt wore a different gaiter with Oklahoma's state logo to this event — adhering to OSU’s masking policy — and encouraged people to wear masks while also restating how he “does not believe” in the appropriateness of a statewide mask mandate, despite its proven effectiveness.

In a recent update from the Centers for Disease Control and Prevention, masks with exhalation valves, vents or thin material — including bandanas, scarves, gaiters and buffs — were deemed to be ineffective in preventing the spread of COVID-19 to others.

The CDC said masks are meant to prevent respiratory droplets from reaching surrounding individuals. Face coverings with one-way valves or vents allow air to be exhaled through slits in the material, enabling the spread of expelled respiratory droplets.

A Duke study comparing readily available mask types validated this update by saying that speaking through a neck gaiter results in the dispersal of larger respiratory droplets, which turn into a multitude of smaller droplets. According to the study, smaller respiratory droplets stay airborne longer, making the usage of such a mask counterproductive.

The Daily reached out to Stitt's communications director Baylee Lakey Thursday at 1:39 p.m. for a comment concerning why he changed his Oklahoma logo gaiter at OSU to a Thin Blue Line gaiter at OU, and if he was aware of OU’s masking policy before he visited campus. The Daily did not receive a response by the time of publication.

Jillian Taylor is a journalism sophomore and senior culture reporter at The Daily. She has also worked as a senior news reporter.