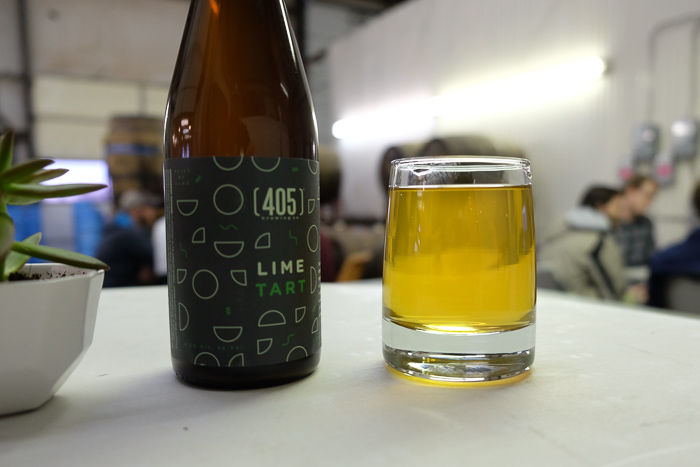 Lime Tart and a glass of Champagne Supernova from 405 Brewing Co. on Feb. 1. 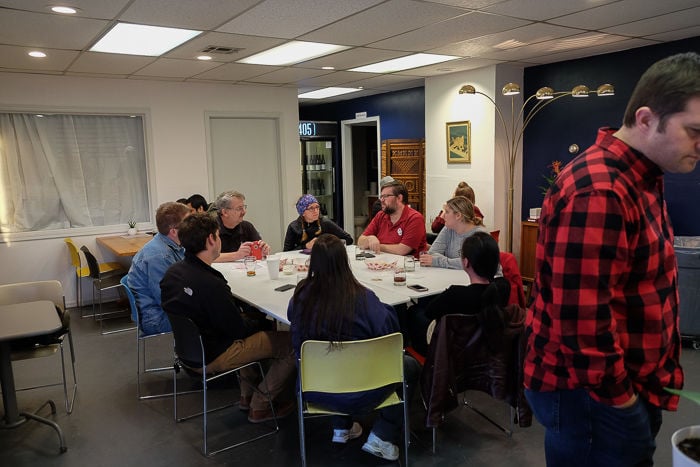 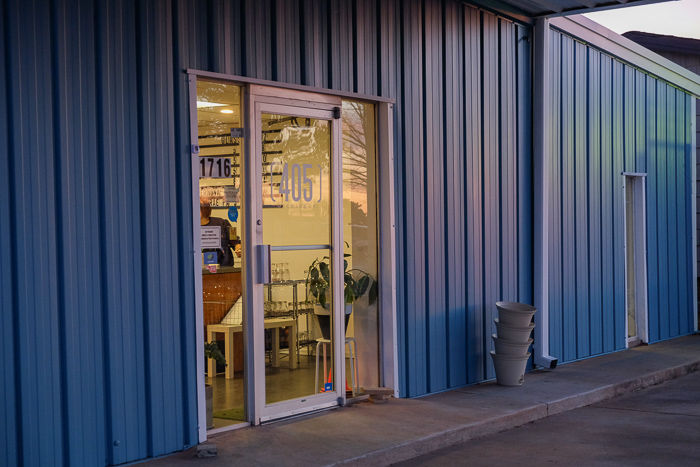 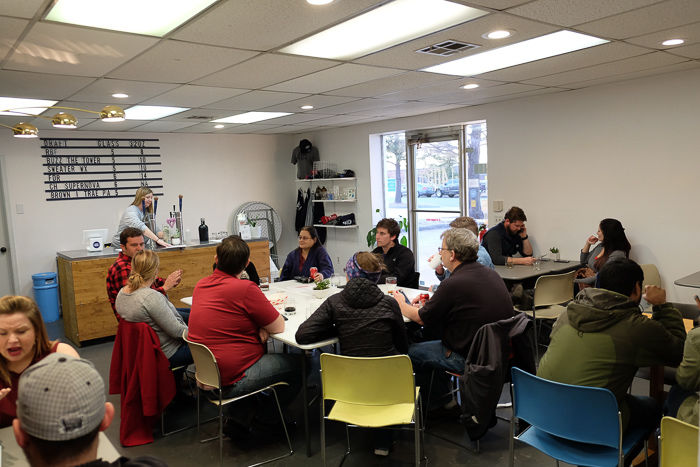 Lime Tart and a glass of Champagne Supernova from 405 Brewing Co. on Feb. 1.

Trae Carson and Jonathan Stapleton, business partners and best friends, began selling beer as 405 Brewing Co. in 2015. In early 2017, the duo officially broke ground on the brewery's taproom, where customers can enjoy a beer in the same space it’s brewed in.

405 Brewing Co. is best known for its barrel-fermented sour beer, which has been featured at local events such as the Norman-hosted Oklahoma Wine Walk and Brew Fest in October 2017.

The entire brewery is open to customers — the front entrance and the larger back area where the duo makes the brew, as well as the back patio when weather permits. The front entrance is filled with white tables and chairs for regulars to sit in when they stop by during the brewery's open hours on Thursday, Friday and Saturday.

Carson and Stapleton were childhood best friends in Norman. Their fathers had been members of the same fraternity, Alpha Sigma Phi, during their time at OU, which ignited a lifelong friendship.

Carson and Stapleton went separate ways during their own college days, with Stapleton studying advertising at OU and Carson studying business at Greenville University in Illinois. When Carson returned to Norman, the pair continued their friendship and began to pursue their dream of opening a brewery together.

Carson’s initial interest in craft beer began when he was in college in 2005. He began trying new varieties every week with a college buddy. They tried over 100 beers over the next two years. Through this, Carson said, he found a respect and appreciation for the diversity and flavors that it offered.

“Our beer is about creating memories and bringing our community together,” Carson said.

In 2007, Carson went on a Midwest beer-drinking tour with Stapleton and other friends. Within a year after this trip, Carson and Stapleton decided to finally learn how to brew beer.

The duo taught themselves through reading, experimenting and seeking advice from stable breweries, which began the nine-year journey to establish 405 Brewing Co. Today, Stapleton is the brand ambassador, focusing on accounts and managing the taproom, while Carson spends his days in the taproom brewing their beer.

The two friends work hard, but they would never be able to sustain the taproom without local volunteers that help them bottle and serve their drinks, Carson said. Because of the laborious nature of working in a brewery, Carson and Stapleton reached out to the Norman community to help them with their day-to-day operations.

Today, over 25 individuals from the Norman community gain experience and learn about working in a brewery by volunteering for 405 Brewing Co.

Carson refers to their beer as transferring creativity into liquid art. Carson said their brew philosophy is FDR, which stands for “F--- the Damn Rules.”

The duo experiments with a variety of styles and flavors, such as Grapefruit Sour, a kettle-soured beer fermented with saison yeast and Ruby Red grapefruits, or Cool for the Summer, which is brewed with white wine yeast and limes.

Carson and Stapleton learned the rules of brewing in order to break them. Carson is adamant that there is a beer for every occasion, regardless of brand.

The inspiration for 405 Brewing Co. is founded in creativity and the use of unique formulas and new, innovative ingredients. The duo began the business out of a desire to experiment with alternative methods and novel techniques in creating beer. For example, they use wine tanks during the fermentation process.

“We don’t believe in adhering to styles or guidelines — we just make beer,” Carson said.

405 Brewing Co.'s beer is licensed solely in Oklahoma for now, with accounts in Norman and Oklahoma City. In Norman, 405 Brewing Co.'s beer can be found at locations including Scratch Kitchen and Cocktails, McNellie’s The Abner Ale House and GP 405, which is the hotel lounge in the Marriott Conference Center at National Center of Employee Development.

At 405 Brewing Co., the taproom is a welcoming environment that is home to the eight beers the business currently holds on tap. Due to the nature of 405 Brewing Co.'s mission to be constantly creating art, the brews made are ever-evolving.

A brew on tap this week might be gone in a month, never to be made again, Carson said.

Carson’s wife, Jana, said the crowd is a regular flow of both older locals and OU students.

Jana Carson works alongside the duo, helping with the administration and business side of things. She enjoys working with her husband and Stapleton, as she has witnessed their journey firsthand.

“It’s fun to see it, be a part of it and be involved — because it is such a community thing,” Jana Carson said.

405 Brewing Co. hopes to be a beacon within the Norman community as a space where locals can congregate and build friendships, Jana Carson said. To promote this, they have partnered with a Colorado-based yoga instructor, Natalie Moses of Grounded Resources Yoga.

Their collaborative event "Yoga and a 405 Brew" was held at 405 Brewing Co.'s taproom on Sunday, Feb. 11. Attendees took part in an hour-long yoga session with Moses and then received a 405 Brewing Co. beer while socializing post-yoga.

Moses said "beer and yoga" events are a growing trend, where many drink beer while holding poses. However, Moses instead structures her classes to focus on mindfulness, with drinking and socializing afterward.

“(It’s structured so) you come in, you have yoga practice in a very mindful kind of way, and then you drink and socialize afterward, rather than trying to hold a glass of beer while doing poses,” Moses said.

“Everyone has a different reason why they go to yoga, but, for me, it’s to turn inward and come out of it feeling so much better,” Moses said.

According to Moses, many people are intimidated by entering yoga studios, so partaking in a class at their neighborhood brewery is often a much more welcoming and relaxed environment.

"Yoga and a 405 Brew" is just one community-focused event that 405 Brewing Co. has participated in. In the summer of 2017, the brewery held a local cornhole toss event and, in October 2017, took part in Norman's annual Oklahoma Wine Walk and Brew Fest.

In the future, Carson and Stapleton hope to partner with many more events within the Norman community.

"It's about the experiences of beer," Carson said. "The memorable moments that you can have centered around beer."

Abigail Hall is a journalism senior and culture editor at The Daily. She previously worked as the culture assistant editor and arts & entertainment reporter.